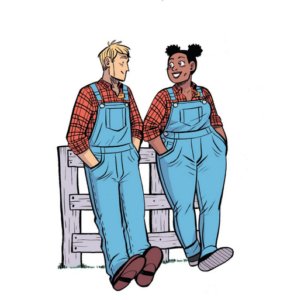 Work friends are sometimes the best friends. Work friends are people who see you when you’re dealing with difficult customers, who wear the same doofy uniform you have to, and who wince along with you when you get chewed out by your boss. When you’re older, work friends are the people who remember what day the grilled cheese food truck guy comes, and lends you a fiver when you left your purse at your desk, and they’re there to spill the tea about why Celia from accounting got let go abruptly last week. They’re fun to gossip with, and they’re easy to get close to quickly – because the friendship is for a specific time and purpose, and honestly, it’s not that deep. It’s sometimes a little weird to see work friends outside of work. It can… get… awkward. Which is why I love Rainbow Rowell’s unexpectedly charming PUMPKINHEADS. A last summer, 2019 release, it maybe didn’t get the love it deserved from YA audiences, but I adore it, and it was a perfect read to kick off the serious depths of decorative gourd season.

Josiah is… bummed. As a senior, this is his last year at the pumpkin patch, his last night at his first, and best loved job where he’s been MVP for ages (except for that one year he doesn’t want to talk about). Going to college is going to be great, of course, but …everything is ending. And changing. And he doesn’t like it.

Deja, his bestie at the Succotash Shack, sees that he’s glum, and decides that the real reason is that he’s never fully experienced DeKnock’s World Famous Pumpkin Patch & Autumn Jamboree. He’s never had all the snacks. He’s never been to all the attractions. AND, he’s never, ever even talked to the girl at the Fudge Shack he’s had a crush on all these years. Deja is Josiah’s seasonal best friend, and as his best friend – at least from September 1 to Halloween – she has his back. She has a PLAN. She’s going to make their last night at work one to remember. 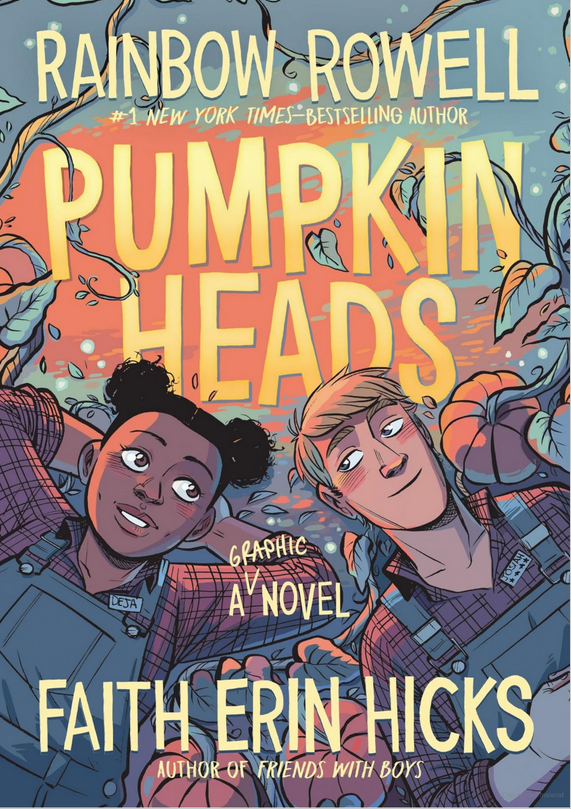 Kind of. If Josiah goes along with it… He’s kind of a pumpkin patch MVP, and there’s, you know, work to do, which he is all about. And, to be honest, they really ought to work. There really are customers who want them to sling succotash. But, if nobody gets lima beans tonight, is that really going to be such a loss to humanity? Maybe not. But if these two pumpkinheads don’t at least try to take this work friendship out of the patch and into the real world, that would be an actual tragedy.

Of course I picked up this book because of the cover. Faith Erin Hicks is a master at using warm palettes and expressive eyes to create the most engaging, we-want-to-know-you characters. While Josiah looks like a Nebraska farm lad, Deja is a lumberjane, underscoring that you needn’t be delicate looking and tiny to be worth befriending. And she’s a fierce, fine friend.

This one night in their lives has several amusing twists that are sometimes only shown in the illustrations, and ends most satisfactorily. We don’t know entirely what the future holds for these seniors going off to college – but we’re certain that it at least holds tantalizing, infinite, possibility – something not even Josiah can argue with, even if he does hate change.

I found this book to be delightful. I wish the same for you.