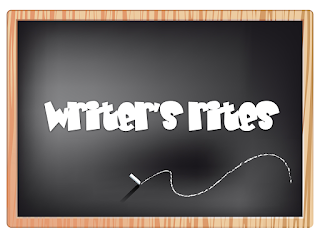 Things have changed, in children’s literature. Historically, our posts have been alerting people to what’s going on in smaller corners of a small world, and most of our time has been spent in talking about book deals, books, classroom visits, and young readers. Most of our time has been spent in earnestly seeking to understand and communicate both the trends and the ebb and flow of the market, sometimes in personal reference to us, but most often in reference to the whole world of children’s lit. More personally, AF and I were both in on the big “multiculturalism” wave of the 90’s. [AF: Compared to the limited range of stories available in the 80s, when we were growing up, it was a hopeful trend.] We attended conferences and listened to the talk about expanding stories and being inclusive. We hoped it meant something, that narratives about mixed kids would become more prominent, and that identity and ethnicity wouldn’t stand out as hot-button “trend” books, but part of a normalized, homogenized whole. We’ve both listened in as the conversation has shifted to “diversity” and then away from that to the idea of “writing from the margins” and the use of “own voices” as part of the narrative.

We’ve mostly been pretty quiet. By nature and personality, neither Sarah nor I are scrappers and thus have been mostly observers in the growing pains of this brave new world of children’s lit. But, recently I participated more directly in a Twitter conversation about being both a woman writer and a woman of color writing. A simple comment with a hashtag bloomed into a six+ hour outpouring of snark and pain and rage — and it shocked a lot of people, galvanized others into trying to make it a “movement,” offended a few, and infuriated others.

No one needs to explain to anyone (because if you have to explain it, that person to whom you’re speaking likely is predisposed to disagree, and then explanations will not assist) that this country has a problem with institutionalized, ingrained, implicit bias, or more directly with racism. If you’re new to this idea, welcome. The rest of us have known for some time. What might have previously been harder to see is that something ingrained infects everything, everything. EVERY. THING. Even children’s lit, a place where we previously insisted all was happiness, rainbow unicorns, and fluffy bunnies. “But, it’s a happy, close-knit community!” people insisted. Which it is, unless you challenge the status quo and bring in new thinking – and then you’d be surprised by the fury. I know I have been. “All this talk just stirs up bitterness,” some have said in response to the conversation. Yes. Not everyone is happy, even though they are in the field, because the field of children’s lit is not yet what it could be, what it needs to be. And, that unhappiness is also okay. It’s all part of the process.

Stepping aside from the daily misunderstandings, slights, overlooking and misdirecting, there are those in children’s lit taking on the work of changing it, and I once again have to give them respect. Reading While White is the first blog I’ve ever seen written by people who are doing something specific about implicit bias in the children’s lit field. And it’s not easy for them; there is push-back against their every blog post, even as their stated purpose is to learn for themselves how to listen and hold themselves accountable for how their privileged whiteness impacts the way they see the world. It’s as if every thing they write is a personalized rebuke to someone else, and there is a lot of bitterness.

We’re mostly observers here, as I’ve said. I have a raging anxiety which causes me hives at the thought of the constant emotional labor and combat it takes to make inroads in the conversation around visibility and authenticity. This is not work I can do. [AF: And, as a mixed person, visibility and authenticity are huge issues–sometimes, those of us of mixed descent are racially or ethnically ambiguous, and if you aren’t recognized as a “something,” it’s easy to feel like you’re a nothing. Invisible. Not enough of one, not enough of the other, and authentic enough for neither.]

And yet, even as we don’t all work directly for this change, we are a part of it. As we usher greater visibility, accommodation, accuracy and accountability into young adult and children’s literature, these changes will become a part of the world for those who come after us. AF is more thoughtful and articulate, and neither of us are quick with a comeback – we both prefer to think slowly and write and the conversations have at times been boiling along furiously. We’ve both stepped back from those — but yesterday, it was really nice to be heard. It was cathartic to express the stupid things which have been said. It was nice not to feel crazy, exceptional, isolated. It is validating to feel that you are not alone. [AF: It is eye-opening to see certain types of comments in a new light, too–as well as to bear witness to some of the comments that I’ve been fortunate enough not to experience firsthand. It enhanced MY understanding of what fellow women writers and writers of color experience.] And that’s why yesterday’s conversation was most important. 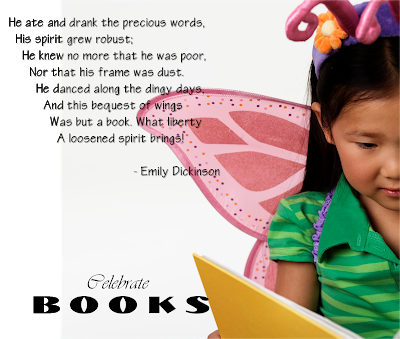 It is hard being a woman writing in this day and age. It is hard in different ways being a woman of color writing. In many cases, people hear these sentences and assume the voices which say them are merely angry – that these microaggressions came with rejections, and that these people saying “this is hard, this is what I hear,” are just victims lashing out. Not true. Sometimes the slights are said by well-meaning people who work with the women of color in question to produce their work. This is borne out by the fact that some very successful authors popped by to bring things up in these discussions. But, again, I sense a strange, slim thread of comfort in the furor, in the stories held private, and then shared — we are moving, slowly, a troubled industry, one step at a time, toward what it should be.

Small comfort. But as long as life remains, we are the hope.