It was a buzz, and today it’s a launch. YA for Obama is a ning group started by “best-selling young adult authors,” according to a Condé Nast blog, who are concerned with creating a place for the under-18’s in the democratic process. Their goal? To get Mr. Obama elected.

It’s a social-networking site, and it’s open to everyone, even, curiously, people who don’t support the election of Mr. Obama, and sentient cheese life forms. Those best-selling authors include Holly Black, Judy Blume, Libby Bray, Meg Cabot and of course, the group’s founder, Maureen Johnson. There are really cool things on the site, including a link to The Living Room Candidate, which is a collection of scary political commercials since the dawn of televisions, and other spaces to discuss issues such as race and energy and how the economy is impacting people right now.

From many angles, this site seems pretty innocuous. I mean, it’s social networking, and we all like the social, yes? There’s a kind of sanguine bubbliness in the videos and posters, the slogan suggestions and the posters (and an eye-scalding overuse of the word “awesome”). Everything has a fun, positive vibe.

Except.
I’m not sure it IS positive.
I wonder about whether this site constitutes “undue influence” upon the young people at whom it is targeted.

Undue influence is about taking advantage of social position to influence someone to do or think something against what their will. It’s about using one’s authority to control people, really. It’s nasty – subtle and kind of crazy-making, really, because it’s hard to prove. 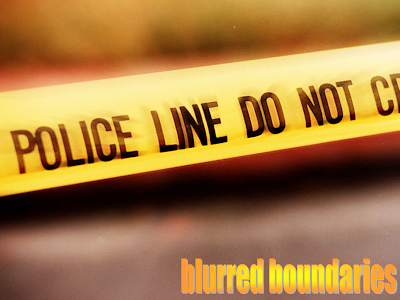 Undue influence is not as obvious as being forced to sign a contract at gunpoint — or under duress. Undue influence is more insidious, and subtle. It’s like being invited to your boss’s church, or having a college professor ask you on a date. It’s like your priest assuming you’ll vote a particular way because the parish would benefit from a certain person being in office. It’s taking a personal thing and making it someone else’s business, and it’s causing someone to do something they maybe wouldn’t have chosen to do on their own.

I know that this site intends to provide a place for people who aren’t yet voting age to enter into the democratic process, and use their creativity to help Mr. Obama get elected, and a venue like that is certainly a good thing. The content of the site isn’t what I wonder about. I do wonder whether we’re using our position as storytellers inappropriately. I wonder if we’re overstepping our role, and using that privilege as a platform from which to push political views.

In the early American days of big slogans and Manifest Destiny, there was a popular phrase: “…the hand that rocks the cradle is the hand that rules the world.” I prefer not to think of YA’ers as a faceless, nameless force that is ripe for manipulation and direction, even in the kindliest meant ways. When I write for young adults, I write to remind them that adolescence doesn’t last forever, and that they’re not alone in being basically ignored, condescended to, or disenfranchised. It might seem like a social networking site aimed at including YA’ers in the voting process is a positive and inclusive step, but are we including young adults in a conversation that they want to have? Or is this another way of playing politics and using technology to reach kids “where they live”? Somehow, writers inviting young adults to join them as they stump for a political candidate just doesn’t seem entirely …kosher.

The other day, Liz posted that she votes for herself in terms of sanity, and keeping her blog politics free. I think I vote for me, too, and for keeping secret ballots secret, differentiating between what is politically or morally right and staying the heck out of trying to mix my readers with my politics.

Please note that though this is a team blog, the opinions of one teammate are not necessarily those of the other member of the blogging team.