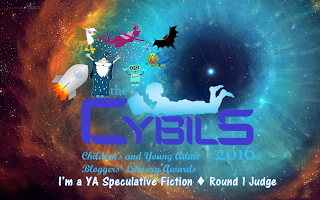 Synopsis: Amani Al’Hiza is sixteen, and desperate. Her mother had always told her wistful stories of her sister’s home in Miraji’s capitol – of how someday, somehow, she would escape her brutal husband and the Last County town of Dustwalk where they lived, and escape there. But, time ran out – Amani’s mother killed her husband – and hung for it, leaving an orphaned Amani behind. Now her her life is circumscribed within the demands of her fractious aunt, too many backstabbing cousins, and an uncle who’s only happy enough to consider Amani as a second wife. Amani determined to do anything to escape that fate. Escaping her unhappy home, Amani taught herself to shoot straight when she was only tiny, and, to her aunt’s disgust, she’s been more gunpowder than girl most of her life, making it easy enough to get over to the local bar and compete in the pistol pit. The purse is large – potentially giving Amani enough to escape her wed-or-dead chances in Dustwalk. Unfortunately, the competition is rigged in favor of the house, and chaos – and a massive brawl – forces her to abandon the plan. She gets a second chance at freedom when she crosses paths with a wounded foreigner, Jin, who is hiding from one of the sultan’s vicious generals. Jin refuses to take Amani when he leaves town, but a last-minute change of plans puts her in his path again. Once Amani is finally is on her way, nothing is going to stop her. She’ll stoop to trickery, guile, and outright violence to gain her freedom.

Seeing the world through Jin’s eyes forces her to reevaluate her priorities. With the wide world at her disposal, she could really go anywhere – not just to the capitol. She could join the Rebel Army and fight to unseat the sultan. She could leave the country entirely, and go out to sea. All it takes is figuring out what she wants… and who she’s supposed to be. 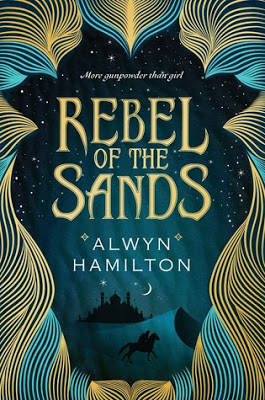 Observations: I’m always a little uneasy when writers take existing cultures and fictionalize them in order to make their fantasy worlds work. This is recognizable Middle Eastern culture, or what Westerner’s assume it is, complete with women who are considered worthless, and multiple wives, but fortunately, this tossing-around-the-tropes thing doesn’t stop there, but continues in a more creative vein, complete with religious practices, myths, and religion. It mostly works, freshening and transforming the fictional Arabian desert adventure narrative.

The novel has major elements of an American Western; this is a lawless, gunslinging kind of town with scavengers and rebel armies, so it’s kind of a steampunk Tatooine… and also has a sultan and bells for prayers, and traditional Middle Eastern clothing. Their horses are made of sand and spirit, and djinn are real… as are skinwalkers and other nighttime horrors. Like the rebellious Westerners, the people of Dustwalk are prey to the larger forces which are shaking Miraji; the sultan’s treaty to arm the Gallan, and the Rebel Army who both the Gallan and the sultan’s forces are chasing. Many people feel loyalty to one side or the other – but Amani feels the most loyalty to herself.

The best novels show a clear progression of character development; Amani doesn’t move easily from feeling like she’s on her own to becoming part of a ragtag group, but she does it – on her own terms, discovering things about herself and her world that she never expected. She’s a child of the desert, practically born with a gun in her hand — but the greatest fight isn’t with weapons, but in knowing who she is, and what her purpose is meant to be. Once she finds it, the sun truly rises on a new dawn.

Conclusion: Instead of lost treasure, this is a Heroine’s Adventure mashup sending our heroine in search of a greater treasure than a pot of gold in the desert – instead, she’s looking for her freedom. Though they may not feel entirely in sync with Amani’s emotions, readers will be sympathetic to the idea of a rightful sultan, yet equally beguiled by the idea of the freedom, and tempted by the idea of safety in familiarity. The narrative arc swings wider than expected, toward the freedom to be found when a young woman truly knows herself, and owns her own power, which…if you’re looking for a lovely theme for both boys and girls in young adult fiction, have I got a book for you!

I received my copy of this book courtesy of the public library. You can find REBEL OF THE SANDS by Alwyn Hamilton at an online e-tailer, or at a real life, independent bookstore near you!