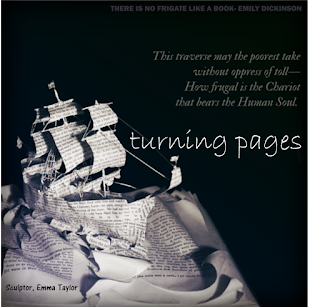 It’s another E.E. Kelly book, which means there’s going to be a lot of heart, and a lot of funny. Erin Entrada Kelly is a Filipino writer, so include this book in your list of titles for the Asian American Heritage Month celebration this May.

Synopsis: Twelve-year-old Charlotte has something important to say, only, right now, it’s sticking in her throat. Her best friend, Bridget, knows. Her mother knows. The teacher and the school counselor knows… but Charlotte, who is brilliant and articulate and knows the name of more rocks than you do; Charlotte can hardly say it out loud. Her father, who had a stent put into his heart, whose difficulties sent Charlotte down the rabbit hole of open-heart surgeries and knowing more about hearts than probably any other kid in junior high, Charlotte’s father has had a heart attack. And it feels like the end of the world.

What’s worse is that, in a way, it’s only the beginning of the end. If nothing else, at least Charlotte can distract herself playing a good word on her online Scrabble game.

Ben wishes that people would take recycling more seriously. He wishes that people knew the impact of all of the plastic and paper that gets into the ocean, and harms dolphins, turtles, and fish. He wishes that people really cared about how species evolved, and he also wishes he weren’t so furious with his father. If he’d paid attention to his life – and not spent so much time in his head – maybe he’d have friends. Maybe he’d be better equipped to survive middle school. Maybe all of his current difficulties wouldn’t be so hard to get through.

But, right now, Ben can’t even think of who he’d call if he won the lottery.

It’s a good thing he plays online Scrabble with a girl called Lottie. At least he knows he can call her. 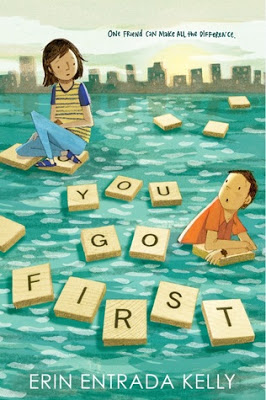 Observations: Two gifted and talented kids with the tiny bit of myopia all kids have, Ben and Charlotte are only able to see the world right in front of them, in terms of their friends, their concerns, their hobbies. Their bright minds only make their socializing challenges all the more difficult, and when there’s a challenge to their families and home lives they are abruptly forced out of their unseeing days into a confusing, painful world where they question not only what they’re looking at, but how they could have missed so much. Charlotte, through her father, is realizing her mortality — and HIS. Now the times she’s brushed him aside rise up, and she feels so guilty she’s paralyzed – and later, as she questions her social behavior, she’s paralyzed by horror and shame. Ben is furiously ignoring the chaos outside his bedroom, and is determined to evolve past the quiet, inward-turning boy who drifted along through elementary school. However, with the active pushback of some of his classmates, it seems that it may be too late for him to turn into a different kind of bird than he’s always been. It’s a troubling, difficult time for both tweens. Told in alternating voices, we see where both Charlotte and Ben use words to conceal and reveal the ragged edges of honesty and pain now informing both of their lives. There’s a lot of emotion, a little humor, and a few hard knocks, but in the end, readers will be relieved as both Ben and Charlotte find a tiny bit of land under their flailing feet, and begin the long process of standing tall.

Conclusion: Middle school is an intense time of transition, and this seems to be one of Erin Entrada Kelly’s “big idea” truths. I appreciate the realism that Ben and Charlotte do not confide in each other; they’re virtual strangers, literally. While we trust each other with playing a game online, and while Charlotte and Ben share the occasional brief phone conversation, they’re not emotionally equipped to use each other to lean on in the traditional sense of friendship. However, their isolation allows them to be helpful to each other at key points. This book will resonate with the emotionally intelligent tween who is looking for the truth in the statement that we’re all alike, under the skin, and no one suffers alone.

I received my copy of this book courtesy of my public library. You can find YOU GO FIRST by Erin Entrada Kelly at an online e-tailer, or at a real life, independent bookstore near you!