Sherri is the author of Lucy the Giant, a novel about a tall girl from the immense state of Alaska who tries to lose herself and her past in the wilds — and finds out what it means to have someone care enough to find you. Lucy’s story was Sherri’s first novel, and one of our all-time favorite Under Radar Recommendations from last summer.

Sherri’s other novels include the 2009 Louisiana Young Readers’ Choice Award nominee, Sparrow, a novel about a young woman coming to terms with losing her “real” family and taking the risk to create her own. Sherri’s most recent novel is today’s highlighted middle grade title, Hot, Sour, Salty, Sweet. Ana Shen’s incredibly stressful, terrible, horribly funny 8th grade graduation day is filled with too much family, too little time, grudges, grumpiness, growth and acceptance — and a little bit of romance, too. Hot, Sour, Salty, Sweet lands in bookstores today!

Sherri has graciously agreed to be our guest blogger today, and A. Fortis and I are happy to join the conversation. We encourage you to join in, too, as Sherri has graciously provided us a copy of her book to give away in a random drawing! We’ll be choosing one name at random from all those who comment, so don’t forget to take your chance!

And now for the good part!

Black and White and Read All Over by Sherri L. Smith 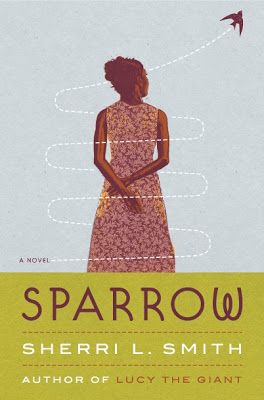 Last fall, I taught my first writing class at a local university extension program. Several of my students asked me if it was okay to write outside of their ethnicity. Could a white woman write a convincing Latina pre-teen? Should an African-American woman write about a white girl, or for that matter, a white boy? As an African-American woman about to publish a novel about a Chinese-/African-American girl, my answer on all counts was “Yes, yes, yes!” This class of mine witnessed the birth of several young adult novels that will no doubt one day be sold as “multicultural.” But, let’s get one thing straight—multicultural is a made-up word. The proverbial “Great American Novel” by its very name is a multicultural novel—America is made up of too many different peoples for it to be otherwise. 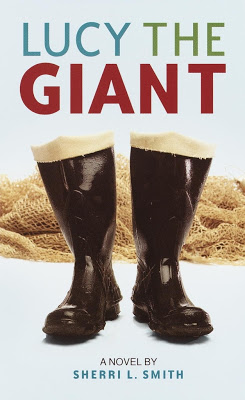 It’s something that really hits home for me, too, as someone of (VERY) mixed ethnicity. I sometimes feel self-doubt about what sort of characters I “can” or “should” be writing about. And if I’m only “allowed” to write what I know, is it really authentic for me to write about either white European-American culture OR Pakistani-American culture when I never quite felt entirely at home in either? Can I write about Costa Rican families because of my stepfather? Aussie families because of my half-sister, or Chinese-American families like my husband’s?

It’s a mixed blessing that “multicultural” has become a buzz word in kid lit in the past few years, as if suddenly (suddenly!) the cleanly segregated masses started interbreeding and now we have to contend with this new species called “other people.” What will “they” read? How will “they” relate to society? Who will write for “them”? The fact is the faces of young adult readers have always come in many colors, even if the protagonists have not. The multi-ethnic audience is nothing new. It is a shame that the industry pretends otherwise. While racial bias has always existed in Western literature (ever notice how ethnicity is often only a descriptor if a character is not Caucasian, making White Anglo Saxon the default for most characters?), at least there is now a forum for discussing it and a movement toward more diversity.

Tad: Hah. I love that “Suddenly.” Suddenly we’re left with, oh dear, the faceless “them.” It really is ironic that suddenly multiculturalism is popular, even as it’s also “othered” to the extent where it seems to merely underscore that “multicultural” means “not like me.” It’s almost just an additional minority group.

AF: It’s certainly not a bad thing to move towards more diversity in literature, and there is a place—an important one—for writing that discusses these topics themselves and lets readers know that it’s okay and normal and even good, sometimes, to worry about racial and ethnic and cultural stuff. 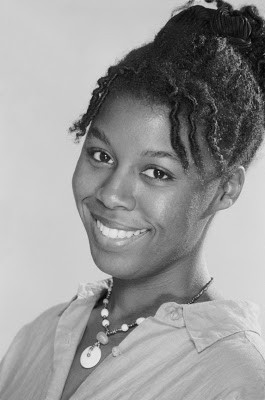 So, if the publishing industry has been ignoring the diverse make-up of readers until now, how is it that people from all over the world have been enjoying the exact same books for years? I’m not talking about today’s heavily-marketed, printed-in-30-languages blockbusters that are specifically created to pre-sell worldwide. I mean the longstanding, tried and true novels written when the world was a bit smaller, certainly less accessible, and nowhere near as ethnically-blended as it is today. Books like J.M. Barrie’s Peter Pan or, Jane Austen’s Persuasion, or my personal childhood favorite, E.B. White’s Charlotte’s Web. Answer this question, and you have the secret to writing for a multicultural audience.
Need a hint?
Okay, I’ll give you the answer—don’t write for race, write for people. My favorite definition in the world is for the word “humanities.” You know, the classes in high school and college that cover literature, art, music, history and dance? The definition is “that which makes us human.” That’s as multicultural as you can get, and as expressive. My novel, Hot, Sour, Salty, Sweet is about a girl who is both Chinese- and African-American, but first and foremost it is about a 14-year-old girl with a crush and a family that drives her bonkers. Sound familiar? Even if you aren’t biracial?

AF: I just love this, and it’s so tellingly sad that the humanities are often the first to go when there are budget cuts in education…what then happens to our perception of ourselves as human? Of others? Of what it means to be human? 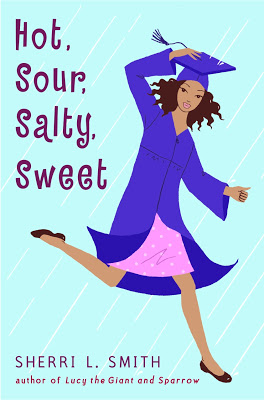 Tad: And even as I agree SO wholeheartedly with this (and YAY, Persuasion!), I find that it’s very tricky. Maybe I’ve never had to “deal” with race and ethnicity within myself — accepting my own hybridized African- and – Greek and Choctaw American has left me more open to the idea that even if it isn’t readily apparent, we’re all made up of more than one race or culture. Since my work is now scrutinized by more eyes than my own, though, I find that I get… nervous about how the race of my characters is perceived. I’ll never forget being asked by another student during my MFA program why I wasn’t “representing.” Seriously, someone wanted to know why my characters weren’t “more African American.” Who knew there was a gradient scale!

One of the reason that YA literature has had such a great appeal for me is that it uncovered the commonality of the human experience. It reminded me that everybody is ashamed, giddy, looks foolish, feels stupid, can’t sleep, gets acne or burps at inopportune times, or is so happy they feel like they can’t contain it — sometimes. We are all siblings under the skin at least once or twice a day, because humanity has some common denominators, despite its various outer wrappings.

If you write true emotions, all readers will be able to relate to them. Will you have critics? Undoubtedly. But don’t let that stop you. If the community you write about takes issue with your work, the challenge is for them to write their own stories. Encourage your critics to tell their own truths, and help you to develop a better understanding of their world. Do your research, be truthful, insightful and as accurate as you can be when writing another culture, and undoubtedly the strength of the story will shine through. Don’t let the color of your skin, or the pronunciation of your last name, keep you from writing outside the “Check one” racial identity box. We are human. We are multifaceted, and that is all the “multi”culture you need.
Copyright © 2008, by Sherri L. Smith

AF: There’s so much strength in this idea. What better way to learn about others than to teach each other, to go out there and read and research and learn? Someone’s got to be doing that research and writing, helping others learn—and the more, the merrier. Sherri, I’m so glad that you communicate such positive and constructive messages to your writing classes. It’s much more conducive to creativity and learning than insisting people stay within that “check one” box.

Tad: Exactly. I can only hope to encourage other people through my own work to step out there and find out about their own and other cultures and groups and open up dialogue about their discoveries. It really opens up worlds of potential to think that you have the right to write well any story that you choose. That’s awesome.

Sherri, thank you for stopping by. We’re feeling inspired by our conversation about ethnicity, race and writing, and we’re grateful you agreed to chat with us today!

The book is Hot, Sour, Salty, Sweet, a tasty title found at a bookstore near you as of this Tuesday! This funny – excruciating – horrible and wonderful account of Ana Shen’s 8th grade graduation dinner will appeal to everyone who’s ever been the member of a loving family — and would (sometimes) like to be (FAR far away), um, elsewhere…

Don’t forget to join the conversation! Jump in with your thoughts and become eligible to win a copy of Hot, Sour, Salty, Sweet. And don’t miss these other thoughtful reviews of Sherri’s work.