To Be Read. To Be Savored. To Be Devoured.

Before I knew A.Fortis was going to do her own snazzed out graphic, I came up with one that’s a bit simpler, but for me, quite a bit to the point: Anticipation. I still get a rush from being able to read any old book I want! Having grown up with concerned parents curtailing my reading choices, it still seems like such sweet, heady freedom to say, “I want to read THAT one!” And then to do it.

So, gleefully, and in no particular order, comes my partial (because people, it is EVER evolving) list of newbies and not-so-newbies that have caught my eye and made my TBR list for 2008 (and just for fun, I starred those that could be called “multicultural”): 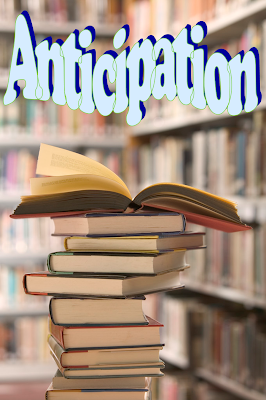 YA Fiction
Revolution Is Not a Dinner Party by Ying Chang Compestine *
Does My Head Look Big In This? by Randa Abdel-Fattah *
Something Rotten: A Horatio Wilkes Mystery, by Alan Gratz
Evil Genius, Catherine Jinks
The Disreputable History of Frankie Landau-Banks, by E. Lockhart
How to Salsa in a Sari, by Dona Sarkar *
Heaven Looks a Lot Like the Mall, by Wendy Mass
It’s Not About the Accent, Caridad Ferrer *
Evolution, Me & Other Freaks of Nature, by Robin Brande
Memoirs of a Teenage Amnesiac, by Gabrielle Zevin
Wednesday Wars, by Gary D. Schmidt
Billie Standish Was Here, by Nancy Crocker
Sweethearts, by Sara Zarr
Beauty Shop for Rent, by Laura Bowers
Cures for Heartbreak, Margo Raab
Beige, by Cecil Castellucci
The Poison Apples, Lily Archer
She’s So Money, by by Cherry Chevapravatdumrong *
Long May She Reign, Ellen Emmerson White
The Fold, by An Na *

YA SF/F
Into the Wild, Sarah Beth Durst – Cybils SF/F
The Spiderwick Chronicles, by Holly Black (all of them — before the movie gets to the UK)
Prom Dates from Hell, by Rosemary Clement-Moore – Cybils SF/F
The Dead and the Gone, Susan Beth Pfeffer
Everworld series, by K.A. Applegate *
The Black Canary, Jane Louise Curry *
Snow, Fire, Sword, by Sophie Mason *
Galax-Arena, by Rubinstein, Gillian *
The Call to Shakabaz, by Amy Wachspress *
Never Never and Elsewhere, by Will Shetterly *
My Sister Sif, by Ruth Park *

Graphics/Picture
Persepolis, by Marjane Satrapi *
Little Night, by Yuyi Morales*
Little Brother X, by Cory Doctorow
All Cats Have Asperger Syndrome, Kathy HoopmannHookay. This is a PARTIAL list, and I just realized I’ve spent well over an hour adding to it. Over an HOUR. When I’m in the middle of a revision that needs to be to my editor next Monday. (Which is why my books have no links, and apologies for that – just really should NOT take the time for that!)

Right.
Reining myself in, then, and simply saying, “and everything else on everyone else’s lists that I haven’t read yet.” Definitely drop a few of your very best recommended into the comments box; I’m really looking for UK reads, too, since I can get them here, read them, and lend them to some of you in the U.S. (and Kel @ Big A, has already called dibs on this, so you’ll have to wrangle with her).

I want to LIVE on the YA, YA, YA list, by the way. Just so you know. Also, am taking up residence at Leila’s scarily organized list as well. I want them all.

More links for this anticipatory awesomeness at the ever-insightful Chasing Ray, who we can thank for this cool anticipation idea!