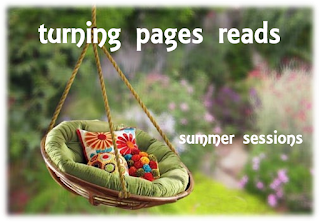 Mostly I’m not that big a fan of YA historical fiction that are set in modern history. Finding a novel set in the 70’s or 80’s feels weird, mainly because I’ve been alive during part of those years, and novels almost doesn’t feel “historical” enough, yet are too technologically backwards (What? No laptops?!) to feel contemporary. Regardless, I was charmed by this novel which includes both the blues and nuns, classic cars and Janis Joplin. That the main character is biracial and African Canadian is even better. It’s a short crossover read with something for both teens and adults.

Synopsis: Louisiana “Easy” Merritt has had it any way but easy, to let her tell it. Her parents, Thelma and Clarence, hailed from Louisiana – thus her name – and they’ve been quietly living out their lives above the Canadian garage where they’ve lived since before Easy was born. As an obviously biracial girl living with a black couple, Easy’s been the subject of gossip in her small corner of Saskatoon since she was small. Her real mother was a white woman called Wendy Wood, who was probably a prostitute — and Easy can’t figure how Clarence, who obviously adored Thelma, ever did that — and now it’s too late to ask Thelma anything. There are a ton of mysteries in Easy’s life, none of which she’s interested, anymore, in solving. Nope, she’s got her destiny all lined up: she’s going to get up out of the slow-moving garage where she works, flushing radiators, changing oil and replacing spark plugs and batteries. She’s going to become a blues singer like Billie Holliday in the US, playing the zydeco music her parents taught her on the accordion and frottoir. She’s going to go back to where her parents came from, and make all of her dreams come true — somehow. If she gets lucky. She’s working hard at the garage, and saving every dime. Clarence hates it, but he knows she’s going to live her Dream. 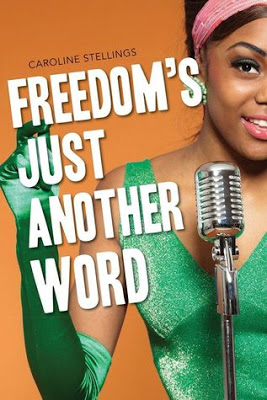 The Dream becomes even more of a sure thing when Easy meets her idol, Janis Joplin. Janis – Easy even gets to call her Pearl, like her friends get to – has asked Easy to meet her in Texas, and through a turn of good luck for a favor Clarence made her do for some nuns, Easy’s even got a ride to the States. At last, Easy is headed off to stardom. That is, stardom if Janis a.) comes out of her bottle and remember who she is and b.) if being in Amarillo, Texas in 1970 doesn’t kill her. Though Clarence explains to Easy about “sundowner towns,” little does she realize that ANY drop of African American ancestry is enough, in some parts of Texas, to get you spat on at the very least, and dragged out of town on a rope at the very worst.

Easy’s had it rough, yeah. But, a little bit of gossip never broke her. A little bit of gossip never swore at her and chased her out of a park for spite. And maybe the rest of Easy’s dreams aren’t all that solid, either — does she want the crowds, who batten upon Pearl and drain her dry? Does she want the compromises? …what does Easy want? As it turns out, Saskatoon has nothing on Route 66 — and Easy gets a good, close look at the America she dreamed about, the woman she idolized, and the “freedom” from the dull existence that she thought she craved. And, once Easy’s had a good look, it’s up to her to decide what it is that she’s seen — and whether any of it is worth a second glance.

Using the structure of an epic road trip as the Heroine’s Journey, Stellings draws readers into Easy’s know-it-all, confident view of the world, and lets us sit in the back seat while she takes the ride of her life. This book questions the pursuit of our dreams, whether they worth chasing everything to have them, and takes a closer look at whose sacrifices we’re willing to overlook to stand in the spotlight. 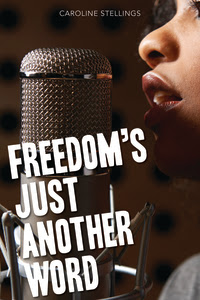 Observations: A novel with a female mechanic? Yes, please. A novel with a girl disinterested in college, but able to turn her hands to a job that will keep her fed? Yes, please. A novel with a brown girl going on a road trip – an EPIC road trip, at that? Oh, yes, please. A Mother Superior like all the ones I loved in 70’s nunspiration-movies who played guitar and softball and were pretty cool beneath those starchy habits? Oh, yes, please, and thank-you. I’m such a sucker for Canadian books, and this one almost makes it seem like living in Saskatchewan would be a safe and lovely dream. (No. It wouldn’t. The Canadians might be easier-going but SNOW. Just say NO to that much snow.) I did wonder why no one mentioned to “Easy” why her nickname might have been… problematic. I expected Janis to… point this out to her? Or at least Postulate Marsha, who, it seemed, would have been thrilled to correct her, but no one ever said, “You might not want to call yourself ‘Easy,’ hon, it sounds like a personal description,” which seemed a little questionable to me – but, what do I know.

I admit that I found Marsha a hoot – not just the name, which dragged to mind the Brady Bunch every time I heard it, but the fact that she was just such a ray of sunshine. I did want to know a little more both about what made her turn to the veil, and what made her such a nasty person — but acknowledge that this wasn’t her story. Though I loved both versions of the cover — the first tries to evoke Billie Holliday but is very bright and colorful, and the last more subdued and more mic-focused, which works even better — I kind of wished there’d been room to include a nun in an old-school habit.

Though I loved that Easy finally got her audition, a part of me wished that she’d been able to do it for herself. She had such agency throughout the novel, mastering mechanics (in a casual but-I-can’t-be-bothered way), meeting Pearl, getting herself through racist-infested Texas, truly figuring out who Clarence was and how he operated — and then at the last, to have her victory basically handed to her was a bit anticlimactic to her both as a girl, and as a brown girl getting her “in” handed to her by a white boy. I wish the author had seen another way forward for this character, who did everything else the hard way — but her way. And, what does this do for the boy? We have no idea really why he did it – or anything. That, unfortunately, was a tiny thing in the book that still — still — bugs me.

Conclusion: At a mere 143 pages, this is a quick escape into the past. Easy is, by turns, driven and judgmental, naive and unforgiving, hopeful and helpless. It takes just these few pages before she’s given a glimpse of a world which makes her think twice. A book which will elicit plenty of discussion, including an exploration of the “real 70’s,” Easy is a uniquely memorable character and this “historical” slice-of-summer road trip novel will be truly enjoyed.

I received my copy of this book courtesy of Second Story Press. After September 13th, you can find FREEDOM’S JUST ANOTHER WORD by Caroline Stellings at an online e-tailer, or at a real life, independent bookstore near you!