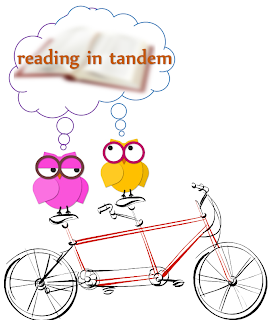 It’s July 4th! Maybe by now you’re tired of sunshine, patriotic colors, smoke from the bbq or your neighbors, relatives, and friends, and would prefer to get back to your usual semi-monastic existence of reading and not speaking to people. At Wonderland, we are HERE for you.

Welcome to another edition of In Tandem, the read-and-review blog series where both A.F. and I give on-the-spot commentary as we read and blog a book together. (Feel free to guess which of us is the yellow owl and which of us is purple …we’re not telling!)

The School Library Journal says Beth Kephart’s latest novel is a “beautifully written book [which] works on many levels and is rich in its characterization, emotion, language, and hint of mystery.” Kirkus muses that it is “A masterful exploration of nature’s power to shake human foundations, literal and figurative.” With plenty of stars and lots of kudos, Beth Kephart’s books are well received by the literary community. However, as Tanita had never before read a Kephart novel (her primary preference for YA speculative fiction with ethnic/culturally diverse characters has caused her to miss Kephart’s YA), it seemed a prime opportunity for an introduction. We read this book together, because too often blogging critique miss nuance and depth that we could gain from each other when discussing literature. As we explore Kephart’s famously lyrical style, you’re welcome to join our discussion. We are…

On Haven, a six-mile long, half-mile-wide stretch of barrier island, Mira Banul and her Year-Rounder friends have proudly risen to every challenge. But when a superstorm defies all predictions and devastates the island, when it strands Mira’s mother and brother on the mainland and upends all logic, nothing will ever be as it was. A stranger appears in the wreck of Mira’s home. A friend obsessed with vanishing is gone. As the mysteries deepen, Mira must find the strength to carry on—to somehow hold her memories in place while learning to trust a radically reinvented future.

Gripping and poetic, This Is the Story of You is about the beauty of nature and the power of family, about finding hope in the wake of tragedy and recovery in the face of overwhelming loss.

We found copies of this book courtesy of the public library, and our personal bought-it-myself libraries. You can find THIS IS THE STORY OF YOU by Beth Kephart at an online e-tailer, or at a real life, independent bookstore near you! 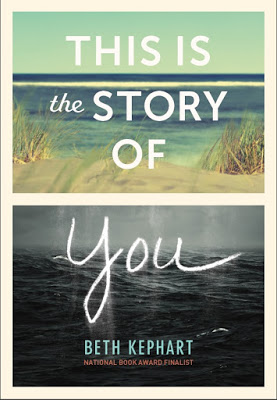 AF: Like our own Sara (Author Sara Lewis Holmes, peerless poet and member of our writing group), Beth Kephart has a wonderful, lyrical way with words that transforms even the most everyday of situations into something mystical–even a sleepy island beach town in the off-season is a place of tiny magics. Friend magic, family magic, and a life that is somehow everything a person needs, even with its downsides: absent fathers, a brother with an incurable genetic disorder, a high school class that consists of the same 14 people you’ve known forever.

tanita: Having gone to a very small school for ten years with the same people, all that time, I could imagine this little town of Haven… and Kephart does make it sound nice. Safe. Familiar. Unchanging, unchallenging. Like, a good place to… start a heroine’s journey. You know when we talked about the “I Wish” song which shows up in so many Disney films, where is really the moment wherein you find what the character wants most? It’s a little weird that… we kind of hit the beginning of the book, and I don’t know what this character wants.

AF: Something interesting that struck me when reading the beginning of this story: we don’t find out our narrator Mira’s name until a few chapters in. It gives the reader an impression of “WE-ness” if that makes sense, emphasizing the importance of the community identity, the year-round islanders who are bound together by that identity. It makes the surprise of a brand-new person even more startling: the boy Shift, who shows up in Mira’s class one day and captures the heart of her friend Eva.

tanita: Yeah, it’s all totally “eddieandbill” and ” bettyandisbel” before then, just a recitation of the known, and then suddenly… Shift. Last name? First name? Kingdom? Phylum? What? Maybe that’s why Mira is so hard to figure; she’s an “us,” a “we,” and not a “me.” But then, suddenly… a name. Shift. And, boom, just like that: the careful lines of the set scene are messed up, the gun is lifted, and it’ll go off any second. 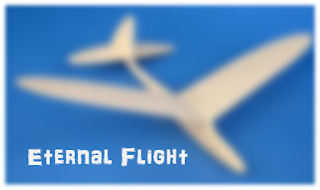 It interested me that this novel is described as a mystery. I guess a disaster story is kind of a mystery, because the first thing people ask is, “What happened!?” But, it seemed more obvious here, first — we know. There’s foreshadowing, the whole story through: the teachers who give their students these open-ended assignments called “flows.” The science course that’s all about conservation, and what is leaving, what is already lost and gone. The jars and jars of …sand, an element which metaphorically is always slipping away through hourglasses. Oh, and don’t forget the cryptic utterances by wise old Shift, mysteriously dark-complected with light hair, in the way that so many mysterious peoples have (he could have had eerily light eyes, that would also have fit the mold). In many ways, this novel seemed more like… a play we already know. A series of scenes acted out with not-quite-real characters, standing in for metaphors.

AF: Yes. This story almost had the feel of magical realism, even though there wasn’t anything specifically magical about it–it was more in the way the narrator looks at her life and the way she describes it. Like you said, the not-quite-real characters–they feel like archetypes, almost. Old Carmen, Deni, Eva. Their classmates, who are kind of a collective entity even with their small distinguishing features. The people who make Mira who she is as an individual, who lend her specificity–her mother Mickey, her brother Jasper Lee–are out of the picture for most of the story, though not out of her thoughts.

tanita: Archetypes, stock characters, and a lot of reverie… all of this truly gives the book an almost “Our Town” kind of feel… we’re all standing next to the Stage Hand and Mira, watching the story play out, somewhat distantly. I’m intrigued by this. I find that I need to read a few more Kepharts and see if this is a common device of hers, or if she writes fiction which is more immediately accessible. Not that this is inaccessible but that distance… it puts quite a spin on the whole novel, and in a way, its mysterious, enigmatic tone could be a little limiting to some readers… Limiting, and yet, I’m not sure we should be looking for the “perfect” book anyway. Sometimes, you read the story and it percolates further in your brain because something about it leaves you… unfinished. Not as close as you wanted. Maybe this makes it “Literature.” 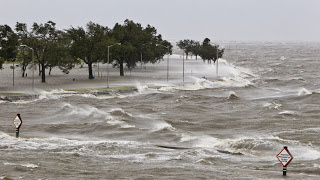 AF: Hm. In the end I was left with so many questions, even though the final reveal dealt with a lot of the small mysteries that were raised throughout the story. I wanted more: and yet, real life doesn’t always solve our mysteries for us, either. Things are left unknown, never-to-be-known, all the time. Life can be profoundly unsatisfactory in that way. We might find out the who, as in this story, but the how and the why are still up in the air. The puzzle might never be entirely put together; you might always be missing that one piece of the sky.

tanita: And on that deeply unsettling note, we conclude today’s In Tandem. This was a really beautiful book, based loosely on the aftermath of Hurricane Sandy, a deeply unsettling event which irrevocably changed the coastlines and the lives of many on the Atlantic side of the country in 2012. With a certain stillness and fine nuance in the narrative, this book will best be appreciated by readers of poetry and plays, or those who have experienced something so big – like a natural disaster – that it’s hard to articulate it.

Stay tuned for our next encounter with literature. Until then, have a splendid day doing exactly what makes you feel safest and happiest. 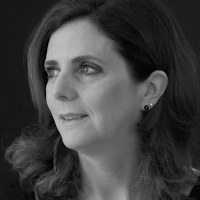 According to Wikipedia, Beth Kephart is an American author of non-fiction, poetry and young adult fiction for adults and teens. Kephart has written and published over ten books and has received several grants and awards for her writing. She is primarily known in adult fiction as a memoirist, and teaches workshops and classes for other adults – and teens – to learn to write non-fiction creatively. Kephart has created a detailed teacher’s guide to go along with this book.