Today we are excited to host a guest post by the author of The Falconer Trilogy, Elizabeth May. We’re concluding an action-packed blog tour schedule that includes the following:

Without any further ado, here is Elizabeth’s guest post shedding insight onto her inspiration and writing process when it comes to writing faeries and monsters…

The fae are an incredible example of how beauty does not necessarily mean goodness. They’re romanticized due to their otherworldly good looks, and their sexual allure is, literally, written into their legends. But more than that, faeries are interesting to write about because their moral ambiguity is a feature of their mythology. They are quick to offend, and very, very quick to resort to punishment and murder.

In Katharine Briggs’s book The Vanishing People: Fairy Lore and Legends, which I used a great deal for researching my series, The Falconer Trilogy, she has an entire chapter devoted to the morality of fae. She concludes her analyses with a statement I kept turning over in my head as I wrote my books: “We are dealing with a pendulous people . . . whose mirth is often hollow and whose beauty is precarious and glamorous. From such no great compassion can be expected” (p. 161).

Briggs draws a comparison between faeries and humans being equally morally ambiguous, and this is an idea I kept coming back to: what would a human be like if they never aged, couldn’t die, and watched as other creatures lived and died and lived and died through the centuries? What kind of monster would that create? 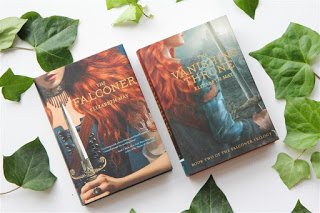 A big part of The Falconer Trilogy is an exploration of what creates the conditions for monstrosity, and in what conditions they’re reversible. In The Falconer, Aileana slaughters faeries because she feels justified at first (one killed her mother; they also murder people), but realizes that in doing so, she’s become something of a monster herself. Her love interest, Kiaran, is a faery with a very awful past (revealed in The Vanishing Throne), who finds himself becoming more like a human as he begins to feel for her.

My trilogy is, at its heart, like any fairy story: monsters are neither inherently good nor bad; they’re created by circumstance.

The excerpt I’ve included here is from The Vanishing Throne, and it touches a bit on this. I hope you enjoy, and thank you for reading! 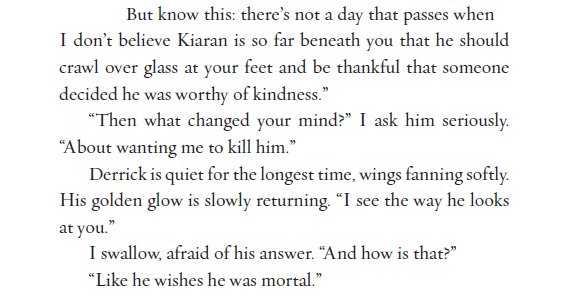 Huge thanks to the author and her publisher, Chronicle Books, for putting together this blog tour! It was a privilege to catch a glimpse into another writer’s process, and of course it’s always fun to promote an enjoyable YA fantasy adventure series featuring a strong heroine.

Click on the respective links to read longer Scribd excerpts of The Falconer and The Vanishing Throne.