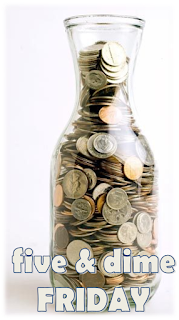 What? I haven’t done one of these Friday roundups since, like, 2015? Yeah, I know. Mainly it was because I felt like I was rounding things up everyone already knew, but the more I’m on Twitter (which, granted, is not very much) the more I realize that there’s a LOT of things announced and discussed, which, with the firehose stream of information pelting us, are missed by quite a few folk, thanks to social media algorithms… so here I am again, talking about what was significant this week to me, if no one else… So, without further ado:
Okay, wait, Taco Bell, what? – Travis side-eyes a questionable read-aloud choice. Who knew, librarians have a panic room. Apparently.

Duologies are the new trilogies, and that is all things wonderful.

Lee Wind has finished serializing QUEER AS A FIVE DOLLAR BILL, which I still cannot believe did not find a traditional publisher out of the gate, but ANYWAY – and now he’s doing behind-the-scenes on the research and inspiration for it. If you haven’t had a chance to read this book, do.

Meanwhile, some are still not sure quite what sensitivity readers are supposed to do for them… while others love having them, so they feel justified with whatever they do. Hm.

A lot of people didn’t understand when the mother of the little boy who modeled the “Coolest Monkey in the Jungle” shirt didn’t get what the drama was with H&M. However, she’s Kenyan, and lives in Sweden. Edi highlights the problematic in BABY MONKEY, PRIVATE EYE, while walking us through the historical ties of anthropomorphism and black people in America. Art is never apolitical, is it?

Randomly: Ladies and gents, origami pasta that folds itself.

The Edge of the Forest, back in the day was one of the kidlit blogosphere’s earliest academic-style journal for readers and creators, about readers and books. I’m grateful The Book Smugglers has taken up the gauntlet and fulfilled the idea’s promise with their Quarterly Almanac. Last September’s piece by Mimi Mondal on the poor apology that Hermione Grainger’s sudden blackness is for the ingrained racism that infests the Potter books (something which is still being discussed,, now that “Cursed Child” is on Broadway) is both a boldly unpopular opinion and a brilliant essay, giving readers something to chew on. DO read it if you’ve not seen it (especially if you’re asking yourself, “Wait, what racism!?).

I’m thrilled when children’s lit rises above the level of fangirling and gushing (although that definitely has its place) to really engaging deeper with literature, tropes, and representation. I’m sad to say I’ve not been very timely about reading the Almanac, but after seeing the discussion springboarding from Zetta Elliot’s essay, Minstrelsy is the New Black in Volume 3, I’m definitely intrigued. Zetta takes on book packaging as cosmetically “correcting” books by black people into something more “acceptable” – another wildly unpopular take, but again, well-written and thought-provoking. These are the discussions we should be having.