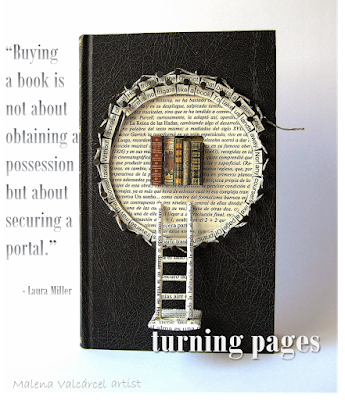 NB: Readers will be glad to know that this is a story with a clear beginning, middle, and end, but be aware that said ending has left a clearly marked door open for a sequel. This is a duology, so weather this battle, and keep your powder dry/your scythes sharp to win the war.

While it can be difficult to present an unbiased review of the work of an acquaintance whose intellect the reader deeply respects, I believe I have achieved it; your opinion may vary.

Synopsis: The Battle of Gettysburg has had a vastly different conclusion than any battle before; the dead have risen and… are eating both friends and foes. Two days later, Jane McKeen is born on the plantation at Rose Hill, as the North and South join forces to combat the newest threat to the States. The Native and Negro Reeducation Act, which forces African American and Native children to enroll and learn to fight, is at the forefront of protecting the world. However, in Baltimore, it is believed that the threat is receding. Jane, who was taken from Rose Hill to be trained to fight zombies at Miss Preston’s school, is almost ready to graduate into being an Attendant, but for her sharp tongue and quick temper – and who can blame her, really? Katherine Devereaux is entirely too light-skinned, snotty and pretty for her own good. So, Jane’s not so much what you’d call a model student. She’s wanted to leave Miss Preston’s school pretty much for the moment she arrived. Other than goading Katherine, and wandering around outside at night, there have been…a few other, er, missteps… one of whom is called Jackson Keats.

No matter that Jackson a.) doesn’t love Jane and b.) is a low-down, fast-talking, redbone con man, c. and is too pretty by half, Jane remains a loyal and faithful …frenemy. No matter that her head tells her that the world is harsh and bitter and full of awful people, her heart remains curiously, humanly, tender. When Jack’s sister, Lily, vanishes, along with the white family with whom she lives, Jane’s curiosity – and loyalty to Lily – urges her to look into some of the oddities at the Mayor’s house. Predictably, Jane’s prying gets her in trouble – and sent to a shockingly bleak Survialist colony in Kansas called Summerland. Now on essentially the very front lines of the war against the undead, Jane has new obstacles between herself and Rose Hill. She’ll have to dodge zombies and Survivalists and all kinds of insanity — as well as find new allies and combat her own tender heart to see herself back where she belongs.

“It’s a cruel, cruel world. And the people are the worst part.”

Observations: I grew up with family from near New Orleans, consequently, I grew up with a childhood of tales associated with ‘haints, Marie Laveau, and a distorted depiction of “voodoo.” Zombie books, for me, are generally a very hard pass — but the truthful voice and keen gaze of Jane McKeen, and the determination and fury which drives her survival will hook even zombie-averse readers and draw them in for the, um, kill. 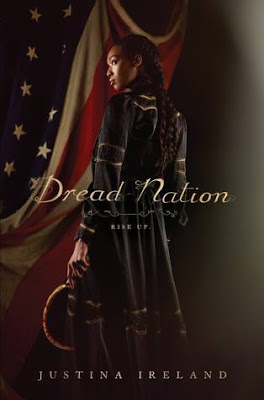 The pettiness of shade-ism and class at Jane’s school where she’s learning to be a zombie-killing Attendant to white ladies is emphasized by the (mostly) well-meaning teachers whose insistence on manners and appearance at a school where they do scythe drills are amusingly reminiscent of the oddly misplaced pride Victorian ladies held for their finishing schools. Readers meet Jane’s classmates, and judge her education, manner, bearing, and her teachers, while childhood memories of Rose Hill are revealed. When they finally arrive, the zombies loom large, but after the other monsters which readers encounter, they become almost background characters.

Primarily, DREAD NATION is a Reconstruction-era zombie novel, but merely skim the story’s surface, and readers will discover that it is equally about the true costs of and the inhumanity and injustice of racism. The narrative grapples with the idea of who owns the rights to The Good Life, and at what cost we sell each other into the fell dark for a chance to reach it. Significantly, in DREAD NATION, former Confederates twist their poisonous ideology into a new belief system. “Survivalist” beliefs twist older Manifest Destiny ideas with Latter Day Saints theology about black and brown people to create a new horror. In Biblical literature, Noah’s son, Ham, was cursed, and 18th century reasoning used this to explain why Africans are dark – because they were “blackened” by their sins, and by distant being relatives of Ham. This sin/salvation framework for race “allows” the Negro and Native peoples the “opportunity” of propitiation for their sins by giving their lives in the service of fighting zombies for their “betters.” Readers will shudder at the Preacher, the single most creepy character in the Survivalist’s colony for me, as I am well versed in religious ideology, and throughout World History (not to mention American) it is very clear how the devious and morally bankrupt can twist religious ideology and belief to suit their needs.

Conclusion: Star-studded reviews of this book use the word “subversive” to describe it, as well as “suspenseful” and “sinister.” This novel is all of that, plus lively storytelling, as well as sharp-edged and clear-sighted critique of inequality and injustice. All of this is folded into a fast-paced, exciting, and (somewhat) fictional package. There are more monsters in this narrative than those shuffling along the Kansas prairies – and readers will be drawn to reevaluate the presence of the monsters lurking in their own society.

The best truths are wrapped in parable – Ireland takes the bitter pill of racist reality and wraps it into a blood-tingingly exciting adventure. It’s better than I could have even hoped, and there are cinematic elements lying around all over the place. Dare we hope the novel gets a film treatment? For this reader, hope springs eternal…

I received my copy of this book courtesy of the publisher. After April 3 – less than fifteen days! – you can find DREAD NATION by Justina Ireland at an online e-tailer, or at a real life, independent bookstore near you!