I’ve read two adventures lately which I can only describe as “cinematic.” There’s so much chaotic action, I can easily imagine the novel translating itself to film – and the book trailer at the bottom goes right along with that — this would make a superb movie hook. I’m not entirely certain that the chaos/adventure thing makes for the most complete story arc in a book – I have a feeling that this is the beginning of a series – but this is a capital ‘A’ imaginative adventure of the watery kind – with a deadly edge.

Summary: Lyric Walker was there the day the Alphas came up out of the waves near Coney Island. A somewhat rough neighborhood, Coney Island is policed by well-meaning – and overworked men like Lyric’s patrolman father and brought together by the community-building of people like her yoga teacher mother, a beach-loving hippie chick who “gets” Lyric, and has been helping her combat her massive migraines since she was a tiny girl with waterfront yoga. The sea is a big deal to both of them, but Coney Island isn’t the greatest place to live — the racial intolerance is bad, the public schools are pathetic, and everyone’s goal is to someday get out of the neighborhood — and live somewhere else. It’s an especially horrible place for Lyric’s best friend, Bex, whose stepfather makes her life a living hell, and for their friend Shadow, whose mother is in the country illegally.

Lyric, now with a packed away closet-full of vintage clothing and a backpack full of escape plans — was just like everyone else – until the day the Alphas came. Coney Island is the last place anyone should have expected… aliens, and yet, here they were with oddly wide-spaced eyes, freaky, see-through skin and bones that jutted out of their arms like blades. These aren’t the pretty Little Mermaid style – they were a freak show, and Lyric wanted nothing to do with them. Neither did anyone else — and there are all sorts of gun-toting police and National Guardsmen patrolling the streets to make sure that peace is kept. For Lyric, it’s all way too close to home. She just wants this all to disappear, or, barring that, for she and her family to disappear. Too bad the freakish new principal, Mr. Doyle, insists that Lyric get up close and personal with one of them – and he’s offering her what she needs in return. Too bad the more time Lyric spends finding things out, the more strange and twisted the truth becomes. Too bad that the Alphas turn out not to be the worst thing her the world, in the end…

Peaks: An imaginative setting, quick-paced action, hard choices and high stakes. Like Zoraida Córdova’s Vicious Deep series, the mermaids aren’t real sweet — and some of them are outright disgusting looking. I kind of like the horror show effect, because honestly, if you take the time to really stare at fish and jellyfish, it can get a little squicky to imagine them as human. 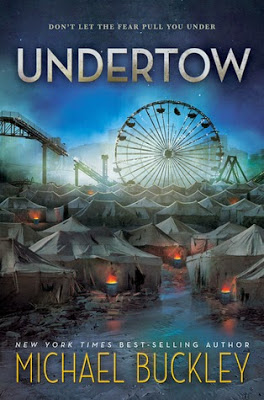 Valleys: Not gonna lie; this book has a great many of the earmarks of a Things Teens Like type of book, which means it will work very well for some, but though the setting is really well-done, this novel lacks a bit of originality and depth in the storytelling. It’s supposed to take on gang violence, bullying, and racism as a discussion — but actually doesn’t dig down too far. Yes, it’s mean to dislike the aliens and call them fish people and to punish those in the community for trying to help them, and calling them fish lovers, etc. etc.. That is Bad and no one should do that, or beat them up, or kill them… well, that’s obvious, but we all know that – could the author tell us something bigger, some deeper truth? I think it’s okay to both challenge and entertain readers.

The characterization of the evil people was a bit cinematic (READ: single-dimensional) – bad gangsta type black kids, check. Bad boy Latin lover type (with whom cop’s daughter Lyric is slumming), check. Threatening/crazy government/FBI/CIA type, check – Governor Bachman’s name immediately reminded me of Michele Bachmann (so maybe her single-dimensional evil was fact-based, so never mind). The novel also took a very traditional approach of storytelling within the appearance of newness. Instead of sticking with the parade of odd-looking aliens and really filling out the xenophobia and fear aspect there were the Beautiful People types of aliens because… possibly the author didn’t feel YA lit was ready for the transgressive act of non-Beautiful People being the love interest. Imagine if someone had the hots for someone who didn’t look beautiful/deadly but beautiful creepy/weird/odd, and they had to do the work to get to love their inner person! I was disappointed – because the baffling and violent character was crushed on at least 9/10ths for his beauty – but then, Lyric never said she was anyone super deep, and “insta-love” is a tried and true YA trope.

Meanwhile, SPOILERS here: In terms of diversity, there were “thug” types who made up the majority of the brown people who got brief (thuggish) speaking parts within the novel and then there was the exceptional Tito – and spoilers ahead – he dies. For Bex, a white character, who manages to somehow put him in the line of fire simply because… the plot needed someone to die for nothing really. Yes, the magical Latino lives (albeit briefly). I was deeply disappointed by this; we never really know the character before he was gone, and it’s meant to be a big moment when he dies, because it finally forces Bex to …act for herself… which is odd, but whatever. However, the story arc by that point is so packed… there’s so much else going on that the characters that even those who ostensibly love Tito don’t really seem to mind too much past the memorial service that he’s gone. He felt really extraneous to the plot and to the lives of the main characters, and it always saddens me when a character of color is killed and it doesn’t matter, because WOW, we have enough of that going on in real life.

Conclusion: Seriously, does that not remind you of District 9 and other post-apocalyptic invasion-type stories which have been really memorable? This is cinematic, oh, yes indeed. Worth your time for a summer airport/ waiting room/ beach read? Sure, especially if you like paranormal adventure series – it’ll suck you right in. If you like fast-paced action series with an antihero sort of love interest and “quiet girl gets pushed to the center and saves the world” types of books, then you’re set.

I received my copy of this book courtesy of NetGalley. After May 5th, 2015, you can find UNDERTOW by Michael Buckley at an online e-tailer, or at a real life, independent bookstore near you!