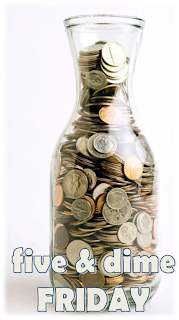 Publishing and the kidlitosphere tends to slow down around Thanksgiving, and it tends to take awhile to get back up to speed… it seems like we slowed down a little at the Wonderland treehouse as well. There will be a little more slowing from my neck of the woods, as Tech Boy has a little surgery next Friday and I’m going to be pretending that the sight of blood doesn’t make me queasy. (It would be worse if I was doing the surgery, though, I guess.) I’ll be reading then as I’ve been reading now — but hopefully I won’t be throwing as many books as I have been. You know how that goes… you get into a BookFunk(TM) and nothing seems right – all the protagonists are stupid, all the antagonists are paper villains, all the plots are pointless or preachy, and you wonder why the book is so this, so that, so the other, and you can’t finish it. I’ve been having a few bad weeks of that (interspersed with Cybils reading, which is, of course, ALL EXTRAORDINARILY GOOD), and I’ve actually been driven to read – *gasp* – books marketed to adults!!! But, since quite a few good speculative fiction books for adults have come to my attention (MCA Hogarth’s EARTHRISE trilogy was good fun, as well as Jaye Wells PROSPERO’S WAR series and a few more), all is well.

♦ Our blog buddy, Lissa Wiley, just started the 2015 party, celebrating ten years in the Bonny Glen. She almost missed it – and fortuitously reminded us that next month, the Wonderland Treehouse will have been in production for ten whole years! Sometimes it’s kind of disturbing to think that AF and I have known each other that long, but yep, it’s been ten, ridiculously busy years since our MFA’s were signed and sealed. We’re published, we’ve read hundreds of books in that time, and we’ve never stopped talking books, eating and sleeping with them. (Tech Boy shakes his head about the sleeping with them. Someday when I am old, I am going to design a bedroom that only incidentally has a place to sleep… possibly something like this, since I live where earthquakes happen, and I’d rather not get beaned with books falling off the shelf… or the shelves themselves…). We don’t know what exactly we’re going to do to celebrate, but AF and I are looking forward to another TANDEM READ soon, and I’m eager to read some books that I’ve had recommended and seen of coming down the pike — as well as catch up with the new Princess Academy novel by Shannon Hale which has had a massive line at our library forever (what IS IT with you YA people, anyway. It’s time to let the adults have it), and a few more. And, I’m looking forward to the real excuse to party next month – goats!

Okay, I know maybe I’m the only one who adores goats, but even you have to admit those little guys are cute… How can you not give love to something with a weirdly slitty little pupil? Yeah, you know you want to get your goat on. ♥

♦ Hat tip – and a curtsey – to the Tu Book tumblr who reposted that intensely amazing piece from DailyKos in 2011 called “Most of you have no idea what Martin Luther King, actually did.” Quick peek:

“This is going to sound awful and perhaps a stain on my late father’s memory, but when I was little, before the civil rights movement, my father taught me many, many humiliating practices in order to prevent the random, terroristic, berserk behavior of white people. The one I remember most is that when walking down the street in New York City side by side, hand in hand with my hero-father, if a white woman approached on the same sidewalk, I was to take off my hat and walk behind my father, because he had been taught in the south that black males for some reason were supposed to walk single file in the presence of any white lady.

This was just one of many humiliating practices we were taught to prevent white people from going berserk.

I remember a huge family reunion one August with my aunts and uncles and cousins gathered around my grandparents’ vast breakfast table laden with food from the farm, and the state troopers drove up to the house with a car full of rifles and shotguns, and everyone went kind of weirdly blank. They put on the masks that black people used back then to not provoke white berserkness. My strong, valiant, self-educated, articulate uncles, whom I adored, became shuffling, Step-N-Fetchits to avoid provoking the white men. Fortunately the troopers were only looking for an escaped convict. Afterward, the women, my aunts, were furious at the humiliating performance of the men, and said so, something that even a child could understand.

This is the climate of fear that Dr. King ended.”

PLEASE read the whole thing. Please. Some people may be like, “Eh? beserk behavior, whaaa?” but imagine how bees feel, when human beings go nuts running from them, trying to swat them — the bee is now traumatized and stinging in self-defense when before, it was merely minding its own business. In the past, history between some African Americans and Caucasian Americans has been that misunderstood and that terror-inducing on both sides. This piece resonates so much with me – looking back and understanding the weirdness of my relatives from childhood and adolescence. Read and understand the people around you. Understanding trumps fear, and without fear, we lose the glue that holds together racism.

WNDB is proud to announce that the anthology will have one story reserved for a previously unpublished diverse author. WNDB will fill that slot via a short story contest. The winner of which will be included in the anthology and will receive a payment of $1,000 US.”

Rules and further details on the WNDB tumblr. That anthology has some heavy talent, and I’m a little squeal-y over the inclusion of Our Sherman, especially, since he’s kind of my writing crush. So, good luck, diverse and never-before-published authors! I don’t want to name names, but some of you need to get out there! Now’s your chance! 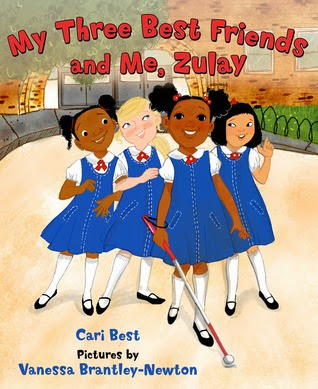 ♦ We in the Wonderland treehouse don’t read much in terms of MG or picture books, but every once in awhile, we get word of something from our correspondents in the field, and have to give you the goods. Tasha at Waking Brain Cells has just reviewed a darling little book titled MY THREE BEST FRIENDS, AND ME, ZULAY, by Cari Best, with art by Vanessa Brantley-Newton. I’m so interested how this little book will be received, because the “me,” Zulay, is blind. The artwork is really bright and vivid, and I like that there are few “only” kids – the only brown girl, the only white girl – no, there seem to be multiples of everyone, except, of course, for Zulay. Real life is much more like this than not.

Soooo, yesterday James Patterson’s latest …hmmmm, let’s call it a attention-attracting media move was the Mission Impossible-style self-destructing book – a thousand free digital copies, a single $294,038 hard copy. Which, apparently, will explode, while the SWAT team lands on it. Because, we all have big money to spend on things which then promptly incinerate… and, apparently we also have access to SWAT teams, and can make them do our bidding – which seems a trifle odd, on second thought, since we’re none of us the police, nor the military, but whatevs, right? It’s James Patterson! He wrote a book, and it’s THE MOST THRILLING READING EXPERIENCE A HUMAN BEING COULD EVER ENCOUNTER! No hyperbole there, no. Fortunately Book Riot has also sensed the inherent… issue-ness of this issue, and has answered the unanswerable… or at least asked a few more hilarious questions, including, “J.Pat, what the WHAAAA???” Honestly? Enquiring minds want to know…

♦ A lot of us heard about Rachel Manija Brown and Sherwood Smith’s new novel Stranger before their novel was sold. These are the writers who were asked in — gosh, 2013? — to change the gender preference of the characters in their novel so that this agent would represent them. To which the writers said, “Uh, not.” And asked some questions of their community, and found out that this has been a common experience for many writers. They hit the blogging and interview circuit to to talk a bit about how totally wrong that was. Well, the novel has sold, and is out this very minute — and the sequel will be out later this very minute, since they’ve taken that into their own hands as well – and it’s a rare bird indeed, you guys: HOPEFUL. DYSTOPIA. I am so there. Read all about it @Scalzi’s Big Idea, then pop over to i09 to sample a excerpt, if you dare. I don’t want an excerpt, I want the entire book! Now! And, possibly a Welsh rarebit…