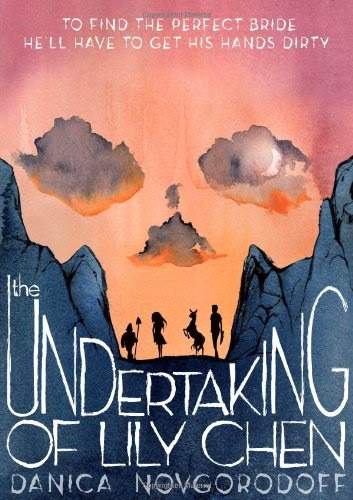 This gorgeously painted, quirky, fascinating graphic novel is one I’ve been meaning to read and review for a while (review copy provided by First Second/Macmillan) but I’m just getting to it. Released at the end of March, The Undertaking of Lily Chen is a story set in modern-day China, in a realm of rural villages where age-old traditions mingle with the contemporary world in sometimes dreamlike fashion.

And can I just say, Holy Jaw-Dropping Artwork, Batman. The combination of ink and watercolor is used in a myriad of ways here—characters are almost comically drawn using jagged ink lines, while backgrounds, atmospheric scenes, landscapes, even dream sequences use these evocative watercolor washes that remind me of traditional Chinese landscape painting in some panels, while others are just plain artsy and undeniably modern. It works so well thematically, because this is a story in which generations-old tradition comes into conflict with the modern sensibilities of a younger generation. 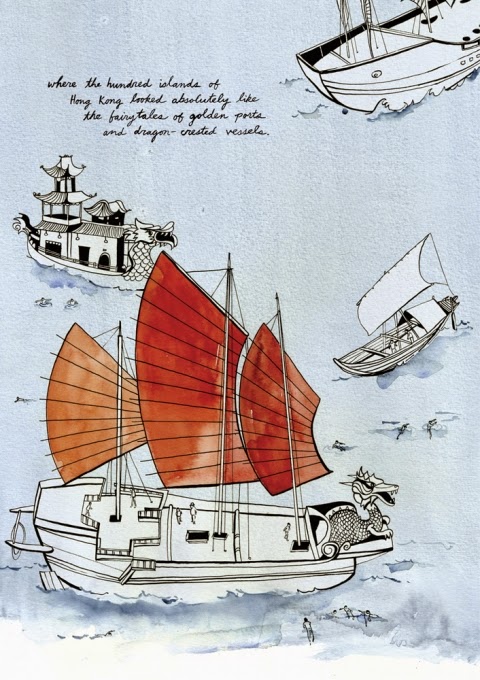 One of those traditions is that of the ghost marriage: a man must have a wife to keep him company in the afterlife. So in some regions, if a man dies unmarried, his family has to find a young dead woman, preferably recently dead, to be buried next to him so he isn’t lonely. This can result in grave-robbing and even murder (don’t believe it? check out this article from LAST YEAR). In this book, Deshi Li is a young man whose brother Wei—the golden boy of the family—suffered an untimely death. His parents, now left with the underachieving brother, blame him, and he blames himself. Mom and Dad send him on a quest for a corpse bride for his brother’s ghost marriage—”Find him a wife. Be back by Sunday.” is what they tell him.

While on his quest, Deshi meets the voluble, impulsive, irrepressible Lily Chen, whose family has fallen on hard economic times. After her family starts pressuring her to marry the rich creep who owns their farm’s lease, Lily storms out and attaches herself to Deshi, who happens to be passing by at just that moment. And, well—Deshi needs a young woman. One has just happened along. Of course, there’s the minor issue that Lily is STILL ALIVE. And she’s set on running away to the big city to find a new life, one in which she doesn’t have to marry El Creepo just to save her family. 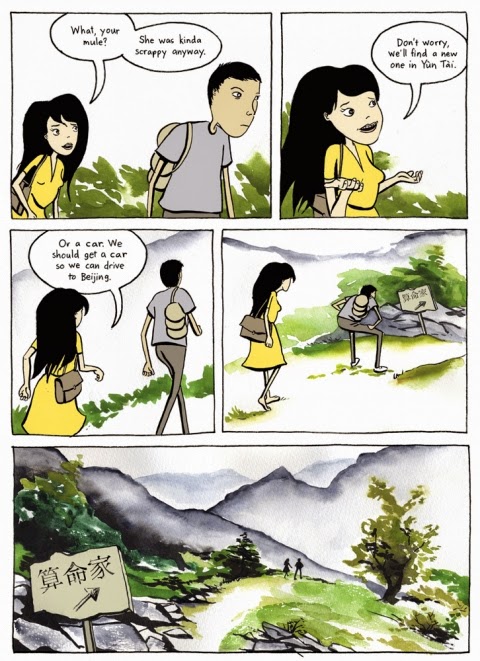 What happens next is a quirky adventure that is by turns comedic, poignant, and suspenseful. One of the strengths of graphic storytelling, done WELL, is that it can combine the tragic and the comic using the subtle tension between word and image, or between different visual styles, to enhance the story. This book does that. It’s a good crossover title, too—I suspect it would have appeal for older YA readers as well as “grown-ups.”

You can find THIS BOOK by This Author online, or at an independent bookstore near you!