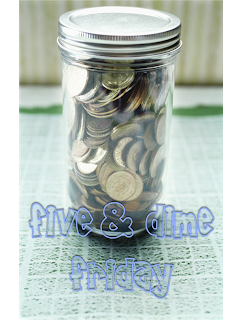 I think I love this ad more than I thought possible. Because Tech Boy is into All Things Tech, including cameras, he was especially interested in lenticular printing for digital photography… but he passed it along to me because it’s for kids. Imagine an ad with specific details visible only from your height – directed at you. This is the ONE AND ONLY TIME I’m happy to talk about advertising directed at minors, because that advertising is a toll-free number to get them help if they or a friend feel they need it. Viva empowerment.

Hey, Ally’s back @ Hyperbole & 1/2, making us laugh some more about depression!

…Speaking of empowerment: one of the worst things is an adult who talks down to or thinks down to or writes down to a young adult. This week, TIME put together a big slap-down to the teens and young adults in this generation, calling them the ME, ME, ME Generation. The Atlantic posits, “Same song, second verse,” and uses more statistics to remind us all that every generation blames the one before. Sing it.

Dear Comic Book Peoples: There IS a way to draw a sexy character w/o being sexist. No, really.

In case you missed it, here’s a link to Huffington Post than Maureen Johnson’s Tumblr for her Coverflip Project. It’s kind of both eye-opening and brow-wrinkle-inducing: it’s about gendered covers. Next, I’d be interested to see what different covers books would have if written by people of color – or not. As always, Maureen starts us thinking…

Speaking of ethnicity – and gender – This, That, Neither, Both is a paper I ran across this past week, which was accepted for the peer reviewed paper session at YALSA’s third annual Young Adult Literature Symposium held November 2-4, 2012 in St. Louis. The charming thing about it for me is that Our Very Own A.F.‘s novel was used as an example of biracial characters being confronted with an idea of self that remains inconsistent with their own view. Huzzah, and don’t miss this really thoughtful and well put-together treatise. 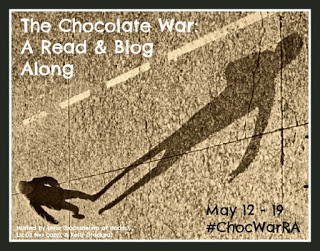 It’s all about the books right now – old books, and books into film: the inimitable Lizzie Skurnick will, from her new imprint be reprinting some “forgotten” books from the 50’s – 80’s – authors like Ernest Gaines, M.E. Kerr, and Lila Perl are going to get a fresh look with new covers and a new audience. I LOVE the new cover for DEBUTANT HILL. It’s just — wow. Skurnick mentioned the enduring quality of “classic” YA lit that was geared toward guys… and that little comment in a news release weeks old now reminded me that it’s almost time for the CHOCOLATE WAR REBLOG. Hosted by Kelly from STACKED with Liz from the SLJ Tea Cozy blog and Leila from Bookshelves of Doom, this will be a slightly unsentimental journey through what is considered a piece of classic young adult literature. What makes it classic? Is it? I’ll be interested to see what a revisit to the book will bring…

Kirkus says this looks to be THE summer for SFF novels-into-film. Leila mentioned awhile back that Jonathan Strange & Mr Norrell was optioned by BBC America, and we all squeaked briefly about that, but Larry Niven’s RINGWORLD has been optioned, too. AND! This just in from Book View Cafe: Pierce Brosnan playing Louise Quatorze in a Parallel History Fantasy by Vonda McIntyre’s THE MOON AND THE SUN – you know, the one where Louis was trying to become immortal…? I can imagine the costumes will be lush, not to mention the special effects. Here’s hoping that this one gets good distribution.

Sure by now you’ve heard of the 17-year-old coder who figured out a way to remove SPOILERS for her fave TV shows from her Twitter account? Sooo, what did you do this week?? Ah, well – even if you weren’t 100% brilliant, witty, and smart the whole week, I’m sure you had your moments, as did we all. It’s Friday – enjoy the weekend you’ve earned.