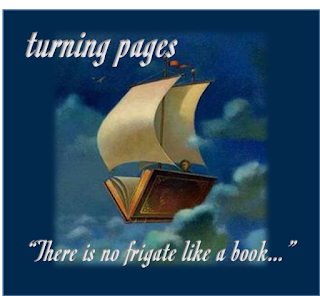 A funny thing happened on the way to reading a book, way back in 2013, that I didn’t think I’d enjoy… I fell in love with a world, a character, and an entire series.

“Fast-paced, action-packed, and easy to get into, KILLER OF ENEMIES is a dystopian fantasy that flat-out erases the stereotypical “simple Native” tale in favor of a cold-eyed, sharp-shooting monster-killing menace, whose powers are freaking her out, but who is nonetheless DETERMINED to save her little corner of the world, and those she loves.” – my original review.

I eagerly swallowed down ROSE EAGLE, the much-too-short prequel to KILLER that I wasn’t aware I was jonesing for, with a character who is NOT superhuman, and who, in fact, falls down, gets dirty, and screws things up. She wins anyway, because she knows how to accept help. I whined until — finally — TRAIL OF THE DEAD was released, showing us a different side of the derring-do super heroine main character from KILLERS than we’d known before, as she struggles with being in charge, and mastering herself.

And then, we moved. And I MISSED being part of everything – I missed doing the cover reveal and reviewing ARROW OF LIGHTNING the day it came out. I saw it on Edelweiss and gasped out loud. HOW did I miss it!?! And, as always, I feared, What if it isn’t as good??!

Synopsis: As the book begins, Rose and her band are heading out, ranging wider and further from the Valley Where First Light Paints the Cliffs in their quest to find and gather more people who are under the tyrannical control of the Ones and their last henchmen. Just when she feels a little less wobbly on her feet, Lozen’s on her own again. Unfortunately, her Power is still… unsettled. Surely all is well now, and all real enemies slain? Nope. And the trouble is not the massive genmod river dweller that she and Hussein discover — and which her surprising new Power helps dispatch. Her Power shows her something much less reassuring – that her archnemesis Luther Four Deaths is still … living. And, the Jester and Lady Time are sending him after her. Again. What’s it going to take to make this dude finally have to die!? Lozen is frustrated – and afraid. She realizes that the way she’s been stomping out fires wherever she finds them isn’t going to work anymore. She’s made a promise to herself to take no more human life, and so… she must leave her band of family and friends, and stake out herself as bait, in hopes of bringing the fight to herself. She doesn’t quite know what she’ll do, then. She’ll have Hussein with her – and hopefully, between the two of them, they’ll come up with… something.

Of course, no plan works that smoothly. Before she can even get away to begin hunting Luther, a plague of locus and some of the Ones’ henchmen reappear, and the entire encampment, in their safe, fire-proof, cliff-dwellings are suddenly threatened. Lozen has to make some choices – hard choices – and walk away from the people she believed it was her responsibility to safeguard. She wants a happily-ever-after with Hussein and with her people, she might even want a family, like Rose is carrying for a few more months — but to get all of that, those hunting her have to go. Lozen, for the first time, is truly overwhelmed. Even Hussein can’t calm or cure her – and he doesn’t try. Lozen walks her path alone but for the wisdom of Coyote in the stories from her father and Uncle Chato, and from the Horse People, who lend their calm and support. And, putting one foot in front of the other, with no superior wisdom, and with a new Power that seems unreliable and shaky at best, Lozen does what must be done, one more time.

The theme of this novel is change, and who changes, and why, and how may surprise you. 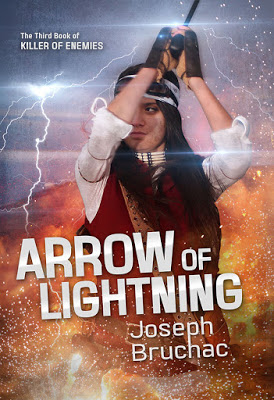 Observations: Of all of the exhausting battles, cleverly unique monsters, diabolical shenanigans of the Ones and hard grind of living with a heightened sense of danger and survival at all times, the one thing that separates the KILLER OF ENEMIES series from other post-apocalyptic/survivalist narratives is that these books are wise… and hopeful. Wise, because Lozen may carry the burden of being the one with the plots and the plans, to keep the life and limb of her ragtag community together, she is but the namesake of another Lozen of long ago, who, too, held the torch for her people, and helped them to overcome. Thus, she is never alone with the burden. There is a Bedu story, to help her remember what to do. There is a Coyote tale, or a visitation from the ever-annoying Halley. There are sparks of skill from her younger siblings, and surprising contributions from the older generation. Lozen is surrounded by stories, wrapped in wisdom, and carried on the shoulders of her people as a leader – they lend her their minds, and they collaborate together to survive.

Readers encountering Lozen’s community can’t help but wonder how to draw some of that wisdom and hope into their own communities… and therein is woven the magic of a brilliant story. Monsters? Yes. Great evil? Yes. Unbeatable odds? Yes. But community and survival, and a “we’ll do it anyway” attitude? Also yes – and that gives me life.

Conclusion: There is nothing on earth as satisfying as an excellent conclusion. I really kind of hate leaving Lozen’s beautiful, sere landscape, filled with things which want to strip the flesh from my bones. How Bruchac made this place seem like home, I don’t really know… except that he made the Spirits whisper in the wind, and shine down from the stars. No empty landscape filled with enemies here; this place is inhabited, and its heart beats. I want to go back… so it’s time to re-read the first one again. You’re welcome to join me.

I received my copy of this book courtesy of Lee & Low Publishing. You can find ARROW OF LIGHTNING by Joseph Bruchac at an online e-tailer, or at a real life, independent bookstore near you!