Sequels don’t always live up to the first book in a series. Meg Medina’s first book in the Suárez family saga was the winner of the 2019 Newberry Award. I liked that book – it was clearly well done – but I LOVE the sequel. Mercedes “Merci” Suárez continues to be smart, relatable, and determined, but she’s so quickly maturing that she occasionally loses sight of who she is and what she wants, leading her to act in ways which decimate friendships and free time. Still, her balancing act ends with her right-side-up again. 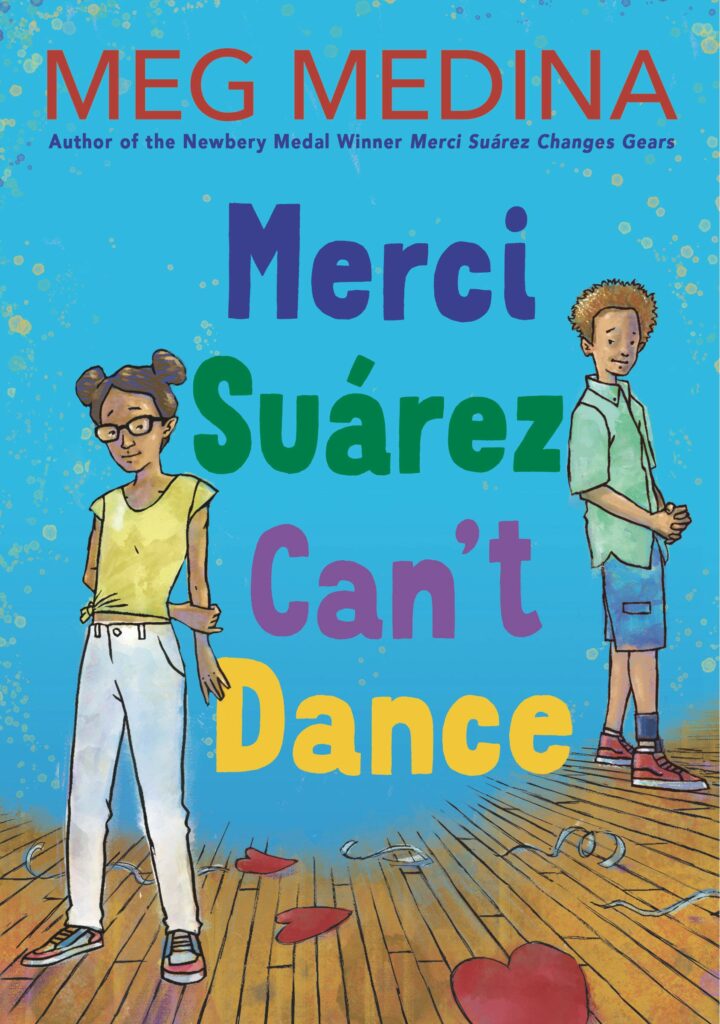 This year, Merci’s beloved older brother is away at college. Merci herself is growing in all ways – but her Lolo is still fading from Alzheimer’s. Like two moons, they are, together, waxing and waning. All the changes and challenges which made sixth grade at Merci’s fancy private school so challenging remain attendant, and yet new changes are being loaded on every day. Her trio of besties is changing – because Hannah is also hanging out with Edna, who was once The Enemy. What is that even about? But now Wilson is Merci’s friend through being stuck with working with him at the school store – and he’s a for real friend. Merci hasn’t ever had a male friend whom she really likes, and is truly enjoying spending time with him. But there’s always someone around to tease and sneer. Is a friendship you’ll get teased about worth defending? And, what if it’s not only friendship she’s feeling? Even her favorite Tia is changing, and taking on new ventures mean the adults in Merci’s life don’t have the same time for her as they once had. To top it off, the school’s annual Heart Dance – which Merci thinks is SO dumb… doesn’t she? — and the potential disasters and opportunities involved make this book an even more entertaining and lovely read. Meg Medina continues to write nuanced and heartfelt portraits of living with Alzheimer’s, and as it seems in my life suddenly every sixth older adult I’ve known is struggling with Alzheimer’s, the scene wherein Abuelita and Lolo dance together in the kitchen while a silent Merci and her mother with hearts full was especially poignant for me. They stayed and watched the dance until the music was gone, and that’s the most lovely metaphor for staying in the moment and enjoying what joy there is that I’ve read in a long time. Qué hermoso.

As close-readers and maybe writers, it’s clear to see that the books which are enduring are the ones that look at the bigger picture of the real world and echo it within the work of fiction. Meg Medina writes about learning to forgive and work with a bully who is of a different class and convinced of the rightness of her privilege and determining how far is too far in the classroom code of not tattling and staying out of things when there are microaggressions and racist behaviors on the table. She never calls things out by “this is racist,” and “this is a microaggression,” but she depicts these daily “paper cuts” as Merci calls them, and provides vocabulary and awareness of how to articulate them. These things are microcosms of the larger world and the things our society is facing now, and will equip readers to tackle these things themselves.