“All the things I’d been dealing with. They were bubbling inside me. But I didn’t share any of my feelings. I did what I always do. Chama. I suffered by myself. I made it my problem alone. Sometimes to Chama is a good thing. It is about inner strength and resilience. But if I always endure everything on my own, how can anyone know what I’m going through?”

I read a recent article about how middle grade fiction is breaking new barriers in how and what we write for older children. Previously, middle grade fiction has been weighted more with stories about the transitional years where we navigated friendships, first relationship failures, and the gradual distancing steps we took to claim separate identities from those of our parents. While they weren’t emotionally simple, they were at least straightforward, for the most part. Though the book-banning community is pushing back against this, middle grade publishers are calling for stories which go deeper. We’re reading about mental health, immigrant struggles, bullying, PTSD, racism and sexism across all genres, in ways which deeply engage readers. Writers are talking about real things with younger readers because those younger readers are experiencing a world where the real all too often comes crashing through. Living through racism writ large in society, global pandemics and war informs tween readers of the state of the world and begins to add to their concerns, even if they don’t entirely understand what’s going on. Ellen Oh’s latest book for middle grade readers begins to unpack this. 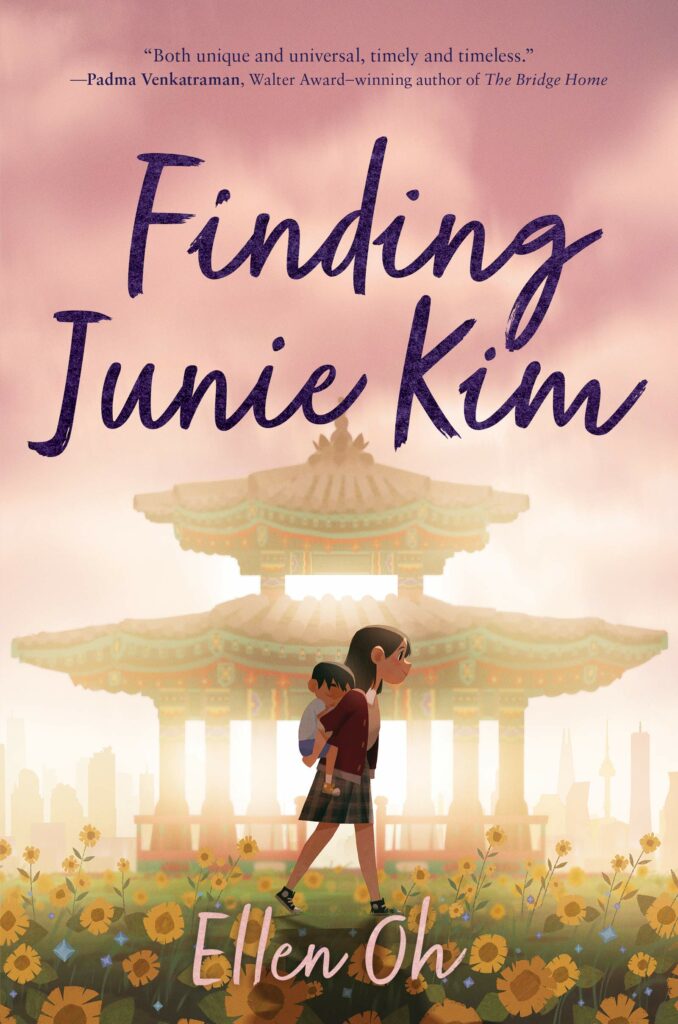 Junie Kim is being tortured by the local bully who calls her Kim Jong-un, and makes malicious comments about neighborhood dogs going missing. He and his brother have had it out for Junie and her older brother, but now that the older brothers are in high school, it’s only Junie and her nemesis at the bus stop. The few kids of color at her middle school are all being tormented, one by a boy in a red MAGA hat, and when Junie and her friends discover that the school has been swastika’d and racist words have been spray-painted in the gym, they are disgusted and angry. On top of everything that is happening to her personally, this is just too much. Junie cannot sustain the anger, and turns inward, becoming deeply depressed. She can’t think of anything that will fix this; racists and racism seems overwhelmingly big and strong. When her bus stop tormentor knocks her down, Junie reaches the end of her rope.

Junie’s parents and family notice and intervene, seeking therapy and solutions for her, offering her space to talk, and removing her from the bus stop situation. But, nothing makes the heaviness and grief of her day to day diminish. Her girlfriends are all fired up to create a diversity group at school, to take action, to protest, to do something, but Junie cannot join them, and her reluctance isolates her further. Microaggressions suffocate and drag down those who experience them, and for Junie, it feels like there’s nothing to be done about it. But as Junie completes a school assignment interviewing her grandparents, she comes away with a different understanding. That the extremism from which racism sprouts has always existed, yes. But, that her family’s strength and dignity have that same endurance, and that they, and the love they have for each other, will persist and persevere.

This was a TOUGH book to read. I cried. And cried. And cried. That’s not surprising for reading books which include generational trauma and stories of war. Though readers won’t find this story an easy one to consume and forget, navigating June’s heartache and mental health challenges will give them the language to ask questions and make observations. Reading about the history of her family in Korea and immigrating to the United States touches on the role of the United States in foreign wars (which is a thorny issue and handled beautifully in this book). Watching as Junie and her classmates confront the attitudes and assumptions which poison their school and drain their community of joy allows readers to triumph with them, and hopefully find coping and survival strategies for their own middle school lives. And, for readers who find themselves lost… this book may be a map to finding their way to feeling like themselves again.