“When one of us gets screwed, we all get screwed. You’re too good to get the runaround. You need to stay in the game.”

“And what am I supposed to do with this?”

“You’re gonna take this money and get yourself a horse. Nothing fancy, just enough to keep you here and working till you get that other horse of yours back.”
– from GRAND THEFT HORSE, by G. Neri

Many teens and tweens are horse mad. I had real life experience with horses from the age of fifteen to twenty-one, which made me …less of a horse fan that I’d been previously. Their saddles are heavy, and require a lot of upkeep. They’re dusty, and require tons of currying and brushing. They blow up their bellies to make their saddles fit more loosely when they want to knock you off (which is usually). They bite each other and kick each other and buck randomly. They don’t want a bit in their mouths (and who can blame them), and their feet have to be cleaned every day. They’re big and occasionally step on you, and they attract flies and drop poos at frequent intervals. Remarkably, all this doesn’t deter some people, and it didn’t deter Gail Ruffu at all. 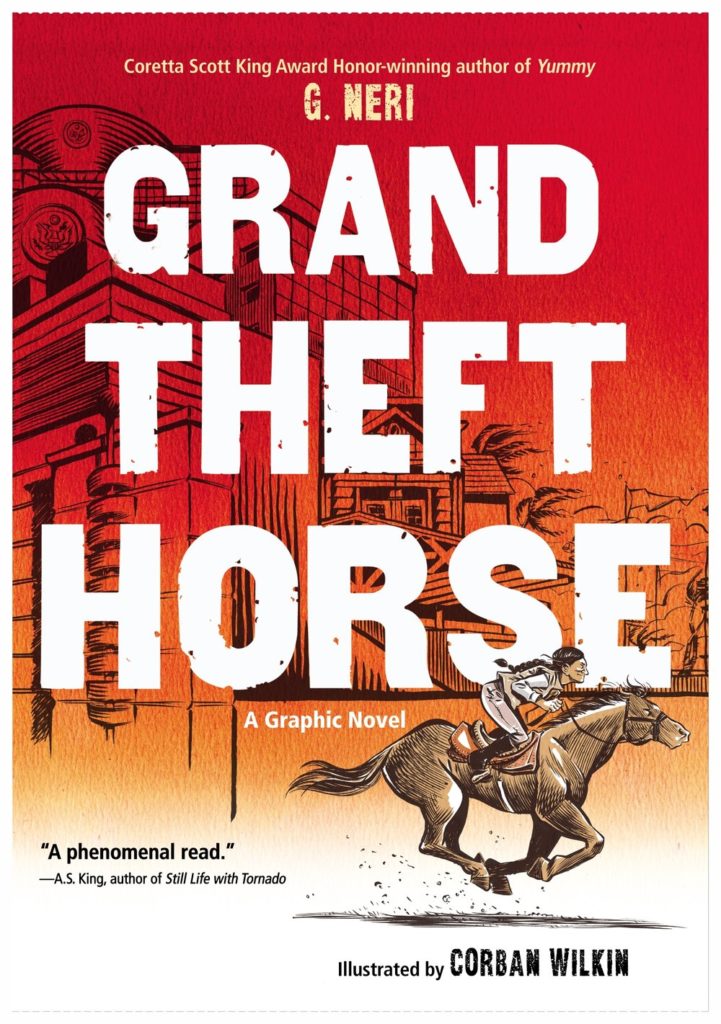 I love the bits of history which get caught in the rock tumbler of history and shine like their own tiny bits of gold. I wish that more people knew of them, but at the same time, they are such tiny rich stories which shine so delightfully when discovered, and when put into the right setting.

This graphic novel is THE RIGHT SETTING. Corban Wilkin’s sepia-toned drawings in this novel give it an old-timey feel. I mean, horse theft, after all – wasn’t that a thing that happened in Ye Olden Days in California? But, as soon as you dig into the tale a bit, you realize the story takes place in the now.

The New York Times headline that 1200 horses a year are killed in racing – a figure from 2012 – is on page thirteen. Readers are immediately gripped by the fact that horses, these gorgeous large animals that are romanticized in the television and movies produced in this great state, are dying at an incredible rate… for the entertainment of human beings.

There’s something just so dark and disturbing about this.

Animals, used up and discarded, like so many dirty tissues.

Gail Ruffu was at home with horses, and learning that the industry she was involved in was cruel, and that Urgent Envoy, the frightened young horse, Urgent Envoy, that she’d loved and worked with and part-owned was drugged and made to run in races injured – and was beaten nigh unto death – was something she could not turn away from. And the readers of this graphic novel will be unable to turn away from it either.

The story of Gail Ruffu’s years long battle with the California Horse Racing Board over a horse she part-owned is not itself the riveting bit of this narrative. A kid coming in contact with this story in print – which involves a heist, a lot of running and living in poverty, and a ton of legal battles – perhaps would not find it that exciting. But, the way the book is structured – which is beginning with the plunge into danger, going backwards to the past to explain the why, and then continuing briefly dipping into the legal issues, the pitched court battles and the final one-last-shot climax makes it really work.

In a way, Urgent Envoy never “won.” And neither did Gail, if you look at it from the point of view of the racing world. But the defeat of wrong depicted in this narrative will engage the empathy of not just horse-addicts, but animal lovers and lovers of humanity. It is the story of Gail’s perseverance and selfless love which will speak to hearts and keep readers thinking. Maybe… sometimes the world doesn’t send you back a bitter reply. Maybe sometimes the little guy does win — and sometimes, right does, too.

And even without the shiny trophy type of win, this is a story of hope – a useful thing, in a world where we’re learning about unfairness, setbacks, and injustice at every turn. Sometimes you’ve got to do what’s wrong to make things right. Inspiration to live by. 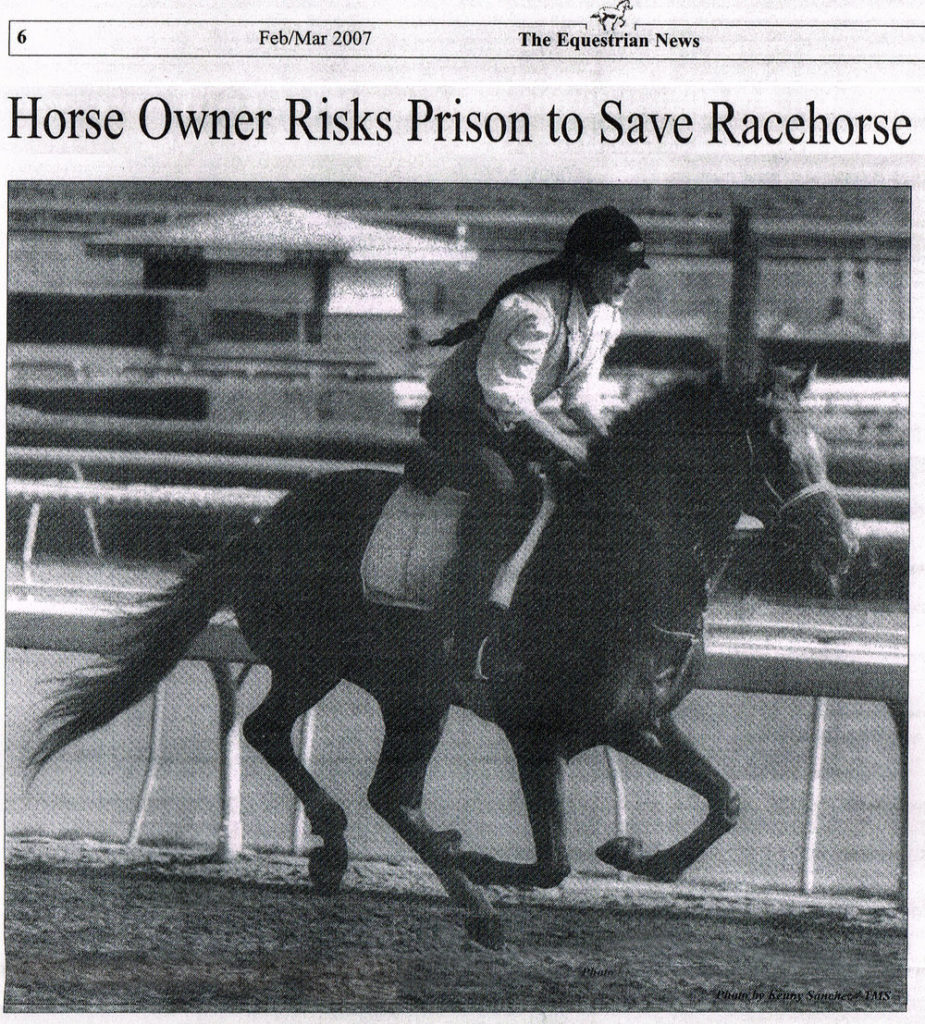