Authors get a lot of questions about sequels from readers. Often when there’s excitement about a book or a particular character in a stand-alone story, that’s the first thing we hear: “Is there every going to be another Claire story? What happened next?” 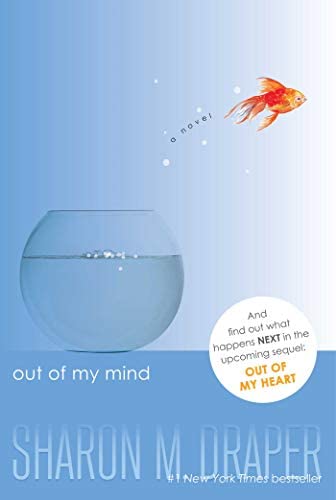 It’s gratifying that people care, of course, but what readers may not realize is that it’s not always up to the author – sequels are nine and nine-tenths a publishing decision. And then there are the authors who are steadfastly certain that they’ve said all they can say about a particular character. That was Sharon Draper, after writing Out of My Mind in 2010. She felt she’d done what she set out to do.

Out of My Mind is the story of a tween with cerebral palsy who is unable to speak without her electronic keyboard. Like Stephen Hawking, her hero, she latches on to technology in an effort to integrate with her peers and be seen as an actual person and not the spastic, squeaking girl in the Special Kids room. The support of her parents and a loving neighbor are a bulwark against the prejudice, microaggressions and the pressure to essentially “know her place” put on her by abled classmates and teachers. The pivotal exclusion in the book pretty much knocked me to my knees – spoiler alert, it hurts for anyone to be left behind on a trip, disabled or not. The coldly “practical” choice to not hold a plane for someone who needs assistive devices was a wound which the author chose bravely to leave bleeding.

So, does a novel like that need a sequel?

Maybe “need” isn’t for anyone but the author to say. Readers have struggled with the way the novel ended for a long time, and finally Sharon Draper has taken the enforced downtime of this pandemic to begin to imagine another chapter to this novel which sparked so much interest and feedback from so many. 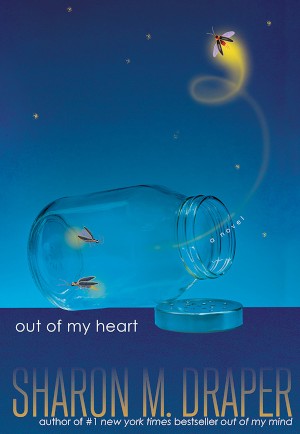 2021 is not 2010, and the world into which Out of My Mind was published no longer exists. If Sharon Draper pitched that book for publication now, her editors would perhaps speak to her about the right of a disabled person to tell their own story, would perhaps point her to nonfiction book written by someone else or suggest that they already had their “physical difference” book for the year. In short, in an era wherein we conscientiously – and sometimes contentiously – insist that everyone have a chance to speak for themselves, I don’t think she would find it easy to publish it now. I find, however, that of the myriad other books published from the 70’s to the 90’s, featuring siblings and sidekicks with CP or in a wheelchair that only Draper’s book is included on lists made by professional in the field. That says something.

So, good luck, Sharon Draper, with your sequel – and cheers to every kid who has grown up a bit, and is still waiting to be heard and seen.