I remember reviewing Elizabeth C. Bunce’s debut novel A Curse as Dark as Gold for the Cybils in 2008, and at times I remember dearly wishing I could smack the protagonist. Though surrounded by love and good advice, she was prideful, stubborn – and deep down, like all of us, afraid of losing everything. A suspenseful, atmospheric book, Bunce did a great job of making the characters work like real people work, even within the inexorable boundaries of the traditional fairy tale. The sinister shadow inking over what was previously the pretty familiar, straightforward (and annoying – even the author was troubled by it) story of Rumpelstiltskin was masterful, and she was awarded with the ALA’s William C. Morrow award for a YA debut, and dubbed by the School Library Journal as “one to watch.” 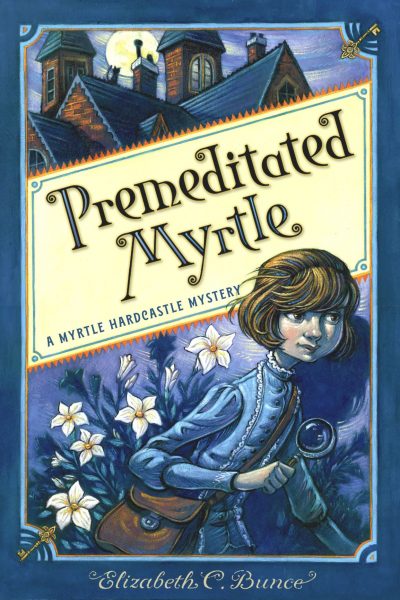 Bunce followed this standalone novel by two others which were also quite good, but none received quite the acclaim of her debut. After 2010, the author changed gears, pausing her publishing output… until now. Enter 2020, a terrible year for a Middle Grade debut, and the amusingly titled, PREMEDITATED MYRTLE.

Honestly, even the name made me smile. Myrtle – a kind of tree – was part of the naming convention made popular during the biology-mad Victorian times when so many girls were named after hedges and flowers. Myrtle is far from the placid, fragrant, and delicately decorative evergreen, however. She is a hurricane in a tea shop. She is disaster on wheels. She is Harriet the Spy on crack. Highly Unconventional, she makes a nuisance of herself – – investigating Mysterious Circumstances with a steely prosecutorial eye that makes even adults quail. Myrtle doesn’t wait for confirmation, but pounces on facts like a steel-clawed kitten.

Probably one of the things I like about Myrtle is that she is plain. 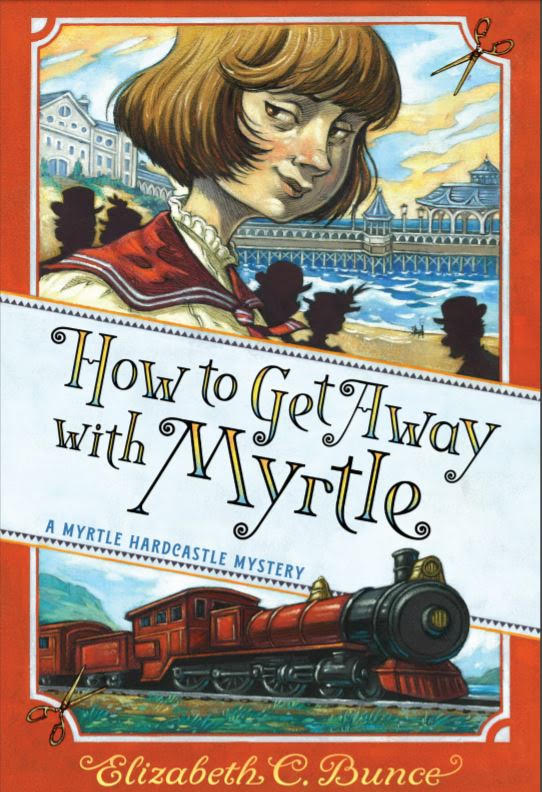 That’s… rare enough to be notable. The author worked hard with the publisher and illustrator on the cover concept. Bunce is known for her enthusiasm for history and her cosplay and historical costuming featuring sewing projects from the sixteenth through the eighteenth century that she wears herself. She knows her stuff, and it shows – Myrtle’s clothing on the cover is period appropriate and a great example of the Victorian reform known as the rational dress movement. No floofy dresses and ribbons for our Myrtle (except, ironically, as punishment); she has a serious, rational mind and serious business to conduct. Her hair is hacked short, she does not make an attempt to attract or keep society’s interest like other Girls of Quality. I mean – she might need to climb a tree or track through mud or something! Together with her unflappable Black governess Myrtle reclaims a space only grudgingly allotted to young women in her time by being a young woman with a brain. I suspect somewhere in her heart, she does want to be pretty, but she’s rather preoccupied with solving a few murders, so — all that’ll have to wait.

While he has never said so, her father is both amused and horrified by her. In the small town of Swinburne, girls her age call her Morbid Myrtle, while the adults seem to wish she were a boy (one law clerk teasingly calls her Stephen), which would afford them more comfort with her rigorous knowledge of the Law, her Thirst for Justice, and her Questing for Truth. And yes – Myrtle speaks in capital letters.

This new book from Bunce won the Edgar Award, and was followed the same month with the sequel, HOW TO GET AWAY WITH MYRTLE. That one’s on my bedside table. I’ll report back on that one later. In the meantime, I’m happy to report on another author who has had a pause in her editorial output and has come back strong. Cheers to you, Elizabeth C. Bunce, and joy in all of your sewing adventures. You write a mean mystery.